News
Business
Movies
Sports
Cricket
Get Ahead
Money Tips
Shopping
Sign in  |  Create a Rediffmail account
Rediff.com  » Cricket » Who will present the World Cup trophy to the winners?

Who will present the World Cup trophy to the winners? 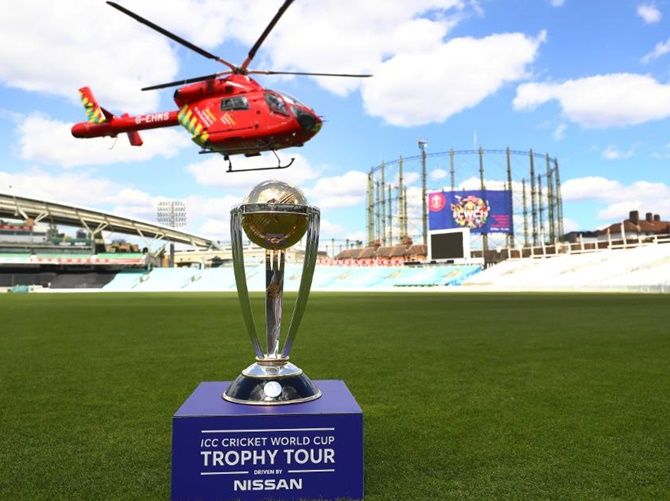 In a departure from convention, the International Cricket Council (ICC) may invite a former legend to give away the World Cup trophy instead of the chief of the sport’s global body.

As per the present convention, current chairman Shashank Manohar should present the trophy to the winners at the Lord's on July 14.

However, it won't be a surprise if Indian batting icon Sachin Tendulkar or last edition's winning captain Michael Clarke is seen presenting the trophy.

There is a possibility that a member of the British Royal family could also present the award.

"We have seen how acrimonious it got when there was a departure from convention and ICC chairman N Srinivasan gave away the winners' trophy in 2015 instead of president Mustafa Kamal of Bangladesh Cricket Board (BCB)," a BCCI source privy to developments in the ICC, told PTI on conditions of anonymity.

"There were some discussions whether it could be some legend giving away the trophy because it takes some time for the confirmation to come from Buckingham Palace. But we have heard that the ICC has sent an invite to Buckingham Palace," the source said.

Kamal was reportedly denied the honours after he blamed poor umpiring for Bangladesh's comprehensive loss to India in the quarter-finals. He had resigned as ICC President after the incident.

There are strong suggestions that Tendulkar would be presenting the award because of his stature in world cricket.

Another aspect which can't be discounted is ICC's association with the UNICEF and Tendulkar is their goodwill ambassador.

There's another school of thought in the ICC 2015 World-Cup winning captain could be invited (Clarke in this case) to do the honours.

The ICC, as part of its social initiative, will also invite community cricket captains to present individual medals to the players. 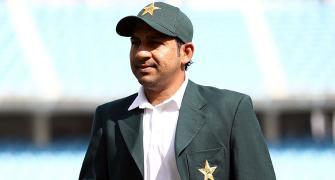 Let's not say India lost to Eng on purpose: Sarfaraz 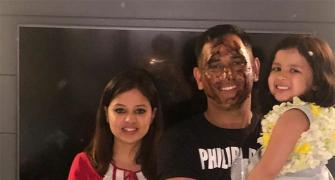 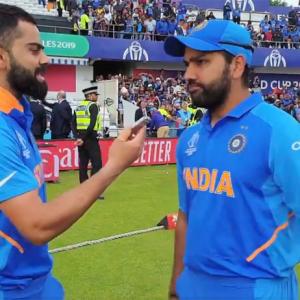