Who should be part of bio-bubble in IPL? 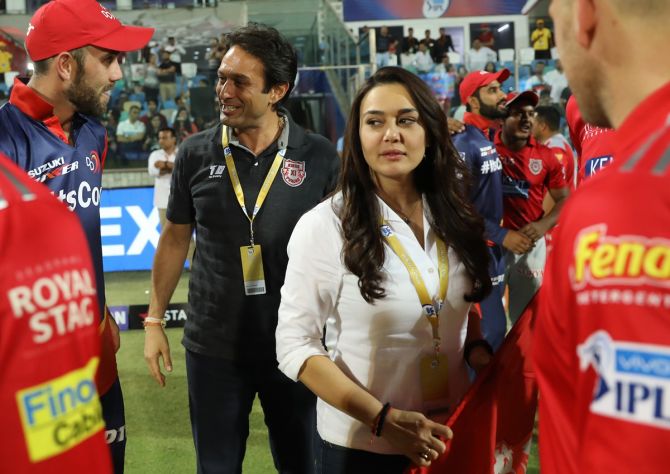 Kings XI Punjab co-owner Ness Wadia, on Thursday, said the COVID-19 positive cases in the Chennai Super Kings contingent could have hit any of the eight franchises and wants only those people in the IPL bio-bubble who are 'really required' to be with the players.

Thirteen members of the CSK contingent, including two players, tested positive for the virus last week, raising safety concerns for the tournament taking place in the UAE amid the pandemic.

"The CSK incident has taught us that it can happen to anyone even when the best of precautions are taken and therefore we must be more compliant and rigid on the bio-bubble protocols. We need to ensure only those who are really required to be with the players are part of the bubble," Wadia said.

The franchisees' non-player and non-coaching staff includes team operations manager, and social media specialists. The cricketers are also required to spend time with the marketing staff during photo shoots which will be held closer to the IPL beginning September 19.

The CEOs and owners, most of whom are yet to reach UAE, are also allowed in the bio-bubble but any SOP violation will send them into a seven-day quarantine.

"The number of staff outside of the teams and their support staff and the match officials should be limited to the absolute minimum," this is what is stated in the BCCI SOP.

When asked if he would be travelling for the tournament, Wadia said: "I have not finalised my plans but I normally don't interact a lot with the players. I have spoken to Anil Kumble (head coach) twice so far just to check what is going on. I am very comfortable interacting on Zoom and other (online communication platforms)."

Wadia asserted that there is nothing to worry about in the wake of developments at CSK as positive cases have also been found in major European football league competitions on resumption. Even NBA players have tested positive.

"The BCCI has put internationally established protocols in place. If you look at the football leagues, there were cases in the beginning and the highest of precautions were taken. There are so many variables (in the current situation). I don't think people need to worry at all. Things will get better and smoother as we go forward," said Wadia.

The teams will have to cope with a financial hit as their share from the BCCI central revenue pool stands reduced after new title sponsor Dream11 paid half (Rs 222 crore) of what Vivo was paying.

The teams will also lose out on the gate money with the tournament held overseas and in front of empty stadiums.

Delhi Capitals chairman Parth Jindal has predicted a 30 per cent drop in teams' revenues in case the BCCI doesn't compensate them.

Wadia said his team too is seeking compensation from the Board but he also chose to look at the brighter side.

"Every problem is an opportunity for someone else. So now everyone (potential sponsors) is trying to take advantage of the situation. We do hope that BCCI compensates in some form or manner. Be it this year or next year for the hit we are taking. But I would rather look at glass half full than half empty. At the least, the IPL is happening after all that we have gone through this year," Wadia added.