'I have to work on how to play better against spin bowling. I have to improve on that.' 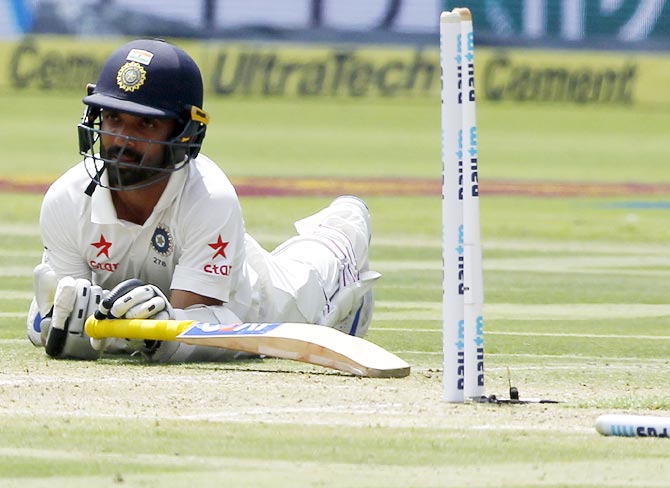 India Test vice-captain Ajinkya Rahane, who has been experiencing a dip in form over the last two years, has admitted that he needs to improve against the spinners.

Rahane has scored just three hundreds and eight fifties from 48 innings since 2016 but he remains confident that he will be able to convert the starts into big scores.

"There is no problem in my technique and so I am worried. I have to remain patient and convert the 30s and 40s to half centuries and then to centuries. At times you feel you are doing well but the results are not coming your way," Rahane said in Bhubaneswar, on Saturday.

"All the players experience this and what is important is how you tackle this and remain strong to get out of this," he said at the Ekamra Sports Literary Festival during a discussion on the topic 'Guardians of Faith - Saving Test Cricket' on Saturday.

Rahane said that he would like to do better against spin bowling.

"I have to work on how to play better against spin bowling. I have to improve on that. That's why I was playing in domestic tournaments, in Vizay Hazare," said the 30-year-old Rahane, who has played 52 Tests scoring 3271 runs.

Rahane said he was hurt after being left out of first two Tests in South Africa earlier this year.

"It hurts but you can't do anything. It was not in my control. It was the decision of the team management and I have to respect it. I took it in my stride and looked forward to doing well when my chance comes."

He has not played in a one-dayer since February but Rahane remains confident that he will be included in the Indian team for next year's World Cup.

"I am confident of coming back into the ODI team and be a part of the Indian team for the World Cup. As I said, it is important to play in domestic tournaments for this to happen."

Asked how difficult it was for players to change to formats frequently, he said, "If you have the basics and the shots, then there should not be any problem. You can change and improvise. If you are playing only one format, then it is easier as you have to concentrate on that format only.

"You need to back yourself and not think about what others say. It is all in the mind," said Rahane, who is seen as a player more suited to Tests than the shorter formats.

Rahane also feels that the improvement in fitness level of the players has helped the team in winning matches and has no problem in Yo-Yo test being a benchmark for selection.

"We can know from the test how different we are in fitness. Those who are low in this test will have work to more on fitness. There is no issue on having benchmark not only in batting and bowling but also in fitness," said Rahane.

Asked about the upcoming tour of Australia, Rahane said, "We are reaching there more than 10 days before the first match and we have a practice game in Sydney. In South Africa, we had no time to play practice match.

On pink-ball cricket, he said, "I have no issues but in India it will depend on weather and conditions like dew in late evening etc."

He picked Jasprit Bumrah as the most difficult bowler to face while Umesh Yadav was his pick for the world's fastest bowler.

When asked to give a one word answer to coach Ravi Shashtri's recent 'best travelling team' remark about the current Test side, Rahane just said "it's very hard to compare teams". 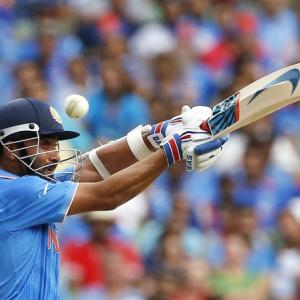