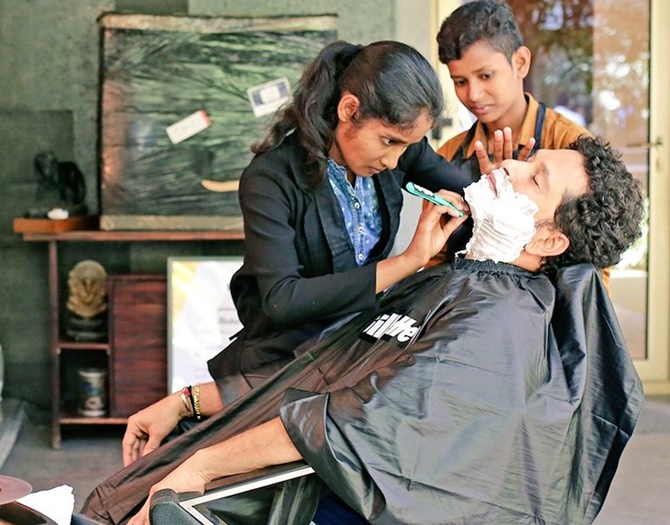 Sachin Tendulkar has many firsts to his credit but a 'first shave' from female barbers Neha and Jyoti is something that he will possibly be proud of, having done his bit in breaking the gender stereotype prevalent in India.

Hailing from the Banwari Tola village in Uttar Pradesh, Neha and Jyoti entered the profession, which till now has been strictly considered to be a male bastion. The two young women took over their father's shop back in 2014, when he fell ill.

It wasn't an easy journey as they had to disguise themselves in order to get work as initially men would be reluctant to get a shave or a hair cut from a woman barber.

It was the advertisement of their inspirational story that led to Tendulkar getting a shave from the two 'barbershop girls'. 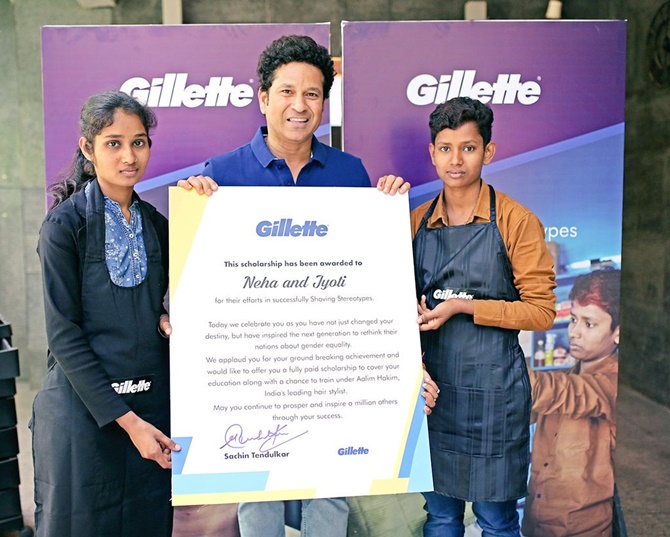 "You may not know this, but I have never gotten a shave from someone else before. That record has been shattered today. Such an honour to meet the #BarbershopGirls," he wrote.

Neha and Jyoti's tale has garnered a lot of attention after a TVC released by Gillette India highlighting their gender stereotype-shattering story. The ad has received 16 million views on YouTube alone.

Tendulkar also presented Neha and Jyoti with a Gillette scholarship to cover their educational and professional needs.