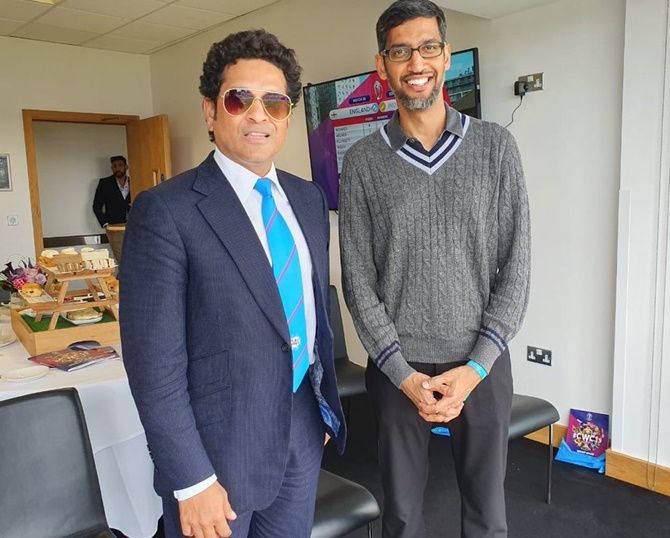 Among those in attendance at Edgbaston on Sunday for the big World Cup match between India and England was Google CEO Sundar Pichai.

An avid cricket fan, Pichai admitted of dreaming of being a cricketer during his growing up years and idolised Sunil Gavaskar and later Tendulkar.

The Board Of Control For Cricket In India's official Twitter handle shared a picture of the two distinguished personaities, as they stood next to each other, shoulder to shoulder.

Sachin Tendulkar and Sundar Pichai found themselves next to each other, basking in their collective glory -- both apples of India's eyes, and for good reason.