'He scores runs all the time, and with the ease and the speed with which he does it is quite fantastic.' IMAGE: Playing in front of his family at Headingley, England captain Joe Root played an effortless innings of 121 -- his sixth century of the calendar year. Photograph: Stu Forster/Getty Images

India's bowlers worked really hard and asked a lot of questions but didn't get much help from the wicket, which has changed massively since the opening day of the third Test, said England batsman Dawid Malan on Thursday.

Malan, playing his first Test in three years, hit a splendid 70 and added 139 runs for the third wicket with skipper Joe Root as the hosts dominated the second day. England were in complete control on 423/8 at stumps on day two, for an overall lead of 345.

India were blown away for a paltry 78 in their first innings on Day 1, but it looked like a different pitch when England came out to bat as they piled the misery on the opposition bowlers.

"The wicket changed massively from the first day the first hour when they were batting," the 33-year-old Malan said.

"I would not say they were flat with their bowling. They absolutely ran in and tried their socks off. They asked a lot of questions probably didnt get that much help from the wicket," the left-hander said. 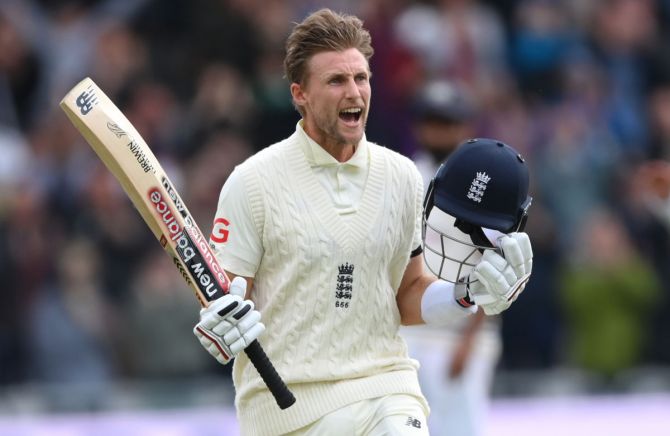 It was Root once again, who led from the front with a splendid century, to put England in complete control of the third Test.

Playing in front of his family at Headingley, Root took the Indian attack to the cleaners with an effortless innings of 121. The England captain continued his dream run with the bat, with his third successive century in this series and the sixth for the calendar year.

His eight hundreds are also the joint-most by any player against India, with Gary Sobers, Viv Richards, Ricky Ponting and Steve Smith.

"He scores runs all the time, and with the ease and the speed with which he does it is quite fantastic. He has led from the front again as he has done in the Test series so far, all credit goes to him," Malan said showering praise on his skipper.

Calling him one of the greats of the game, Malan said: "If you bowl a bad ball, he just puts you away. If you look at all the greats who played, if you miss your length they hurt you and Joe is one of those. It's great to watch from the other end."