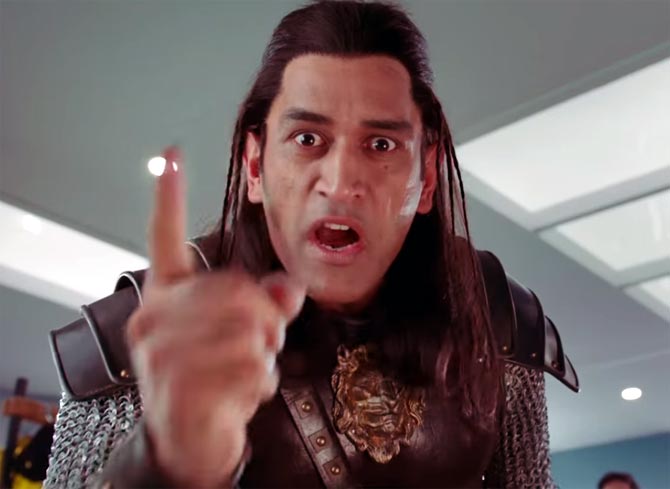 Mahendra Singh Dhoni first caught the nation's attention with his long locks, and by the looks of it has done it again!

Known more for his changing hairstyles than his on-field endeavours in the initial part of his career, the World Cup-winning captain unveiled a new hairstyle, this time for a TV ad!

Dhoni, besides his swashbuckling batting, has always hogged the limelight with his style statements.

In the latest ad for a chocolate brand, the 36-year-old sports hair extensions. 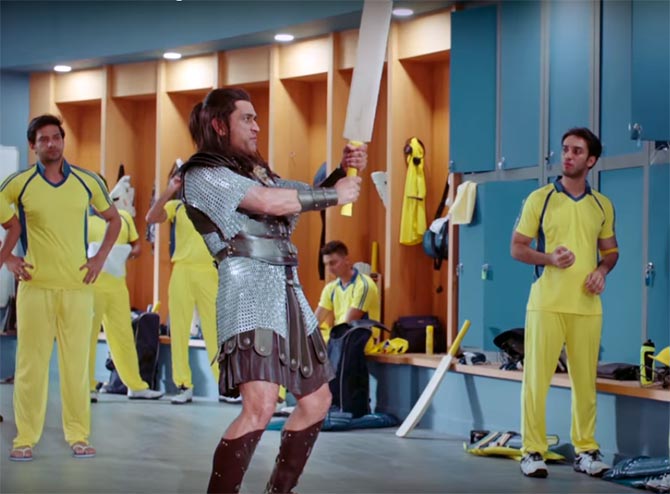 The commercial captures a humorous locker room conversation where Dhoni, dressed as a warrior, speaks Bhojpuri while playing a popular character from the movie 'Baahubali'.

India's most successful captain will next be seen in action in the 11th season of the Indian Premier League, when he leads Chennai Super Kings, who return to the T20 league after a two-year suspension.

Have you seen Dhoni's new avatar in the latest ad for Snickers? Tell us, if you like it