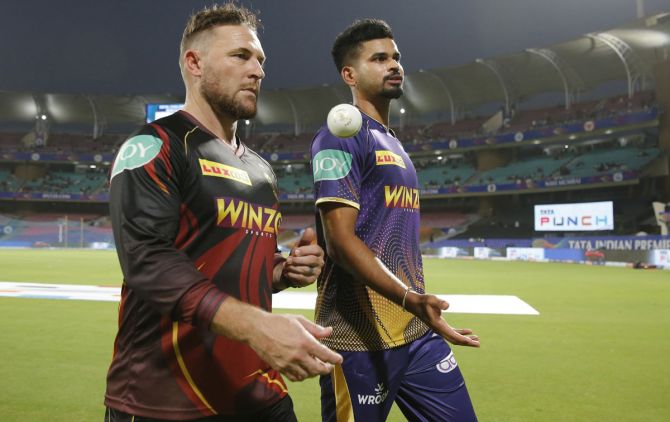 Too many cooks spoil the broth! This age old adage fits aptly on Kolkata Knight Riders, who are staring at an early elimination from IPL 2022, after finishing runners up last year.

While they are still afloat after beating wooden-spooners Mumbai Indians by 52 runs, the post-match comments from captain Shreyas Iyer have certainly opened the pandora's box, raising questions if there is too much of interference from the management, especially long-standing CEO Venky Mysore.

A testimony to KKR's problems has been the fact that 20 players have played in 12 games. There has not been a single game, where the playing XI has been retained, making the outfit look completely unsettled.

After the match against MI, Iyer was asked as to how players react to so much of chopping and changing, the skipper replied: "It is really difficult (to tell players about axing). Coach and at times, CEO is also obviously involved in team selections. Each and every player takes it well, and they have put in their best efforts."

In isolation, it might look like an innocuous statement but Iyer has indeed set the proverbial "cat amongst the pigeons" and even if he makes an official statement that his comments are being "taken out of context", he has inadvertently blurted out the worst-kept secret in IPL universe.

And that is, none of the members of the think-tank is on same page which has led to an unstable team and shoddy performance.

Iyer's captaincy stocks had gone up during his Delhi Capitals stint but it has drastically plummeted due to poor team selection that had prompted even former India head coach Ravi Shastri to ask how world's No. 1 pacer Pat Cummins can be rested for five games. 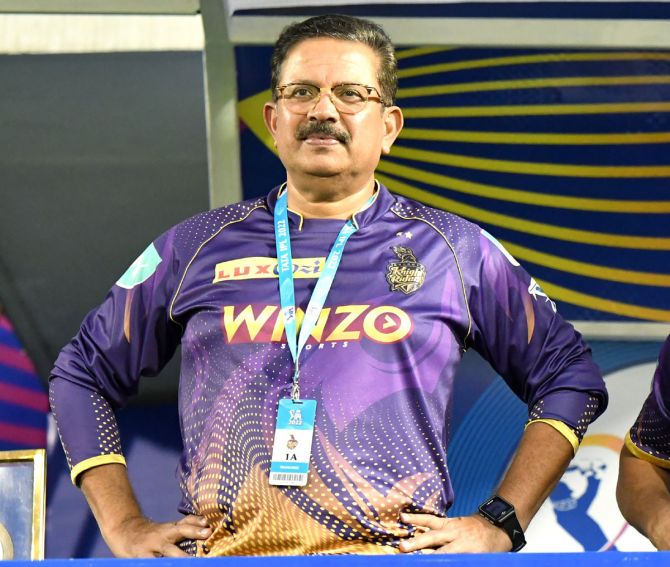 While Mysore refused to comment when asked if he "interferes" in team selection matters, a source close to KKR management said that Iyer's comments has been "misconstrued".

"It is obviously misconstrued. I don't think Venky has ever got involved in team selections. It's up to the captain and the coach. At times when CEO's opinion is sought and when asked, he might share some ideas with provision that ultimately it's their call," the team source defended the CEO.

Unlike Chennai Super Kings which is a captain dependant team, KKR after Gautam Gambhir's exit is a "coach" or "dug-out" dependant outfit.

A player, who was a part of the set-up not too long ago, found that former skipper Eoin Morgan would look at the dug-out where there would be a white marker board with possible match-ups and from which over to which over would be chalked out.

"I found it quite hilarious," he recalled that instinctive captaincy is on the wane.

Historically, whenever teams have done well in IPL, they haven't used more than 14 to 15 players (that too if there are injuries) throughout the season but one thing becomes crystal clear when 20 players are used. The captain and the coaches aren't "singing from the same hymn sheet".

"You have a Brendon McCullum, a David Hussey and Abhishek Nayyar. Make no mistake, Abhishek may be in charge of KKR's academy but he has a lot of say in the main team's composition," a source who is well-aware informed.

Some of the questions that are being asked include why no stable keeper-batter has been played throughout?

Sam Billings is an explosive player but due to overseas composition where Sunil Narine and Andre Russell's positions are non-negotiable, it became difficult to fit in Billings regularly.

But then how did Baba Indrajith get three games when in his eight-year-senior career, he has played 20 representative T20 games for Tamil Nadu with a strike rate of 101? Whose call was it? McCullum, Hussey, Nair, Bharath Arun or Iyer? Or Mysore?

One would never get those answers.

Unlike MI, the KKR retained most of their core men who took them to final last year and over and above got someone like Iyer to lead and yet things went all awry.

As far as McCullum is concerned, he has a sentimental attachment with the side as his iconic innings on the opening day of the inaugural IPL set the tone.

Based on that knock, he was made the captain next year in South Africa where the team brought up the rear.

As a player, he was one hell of a batter, a real freak, who boasts of a Test triple hundred against India.

As a coach, it is believed that he is not much of a tactician, who primarily wants his batters to just go out and attack. It hasn't paid dividends this season.

KKR need to win the next two games and finish on 14 points but at the same time their play-offs spot would depend on many other factors.