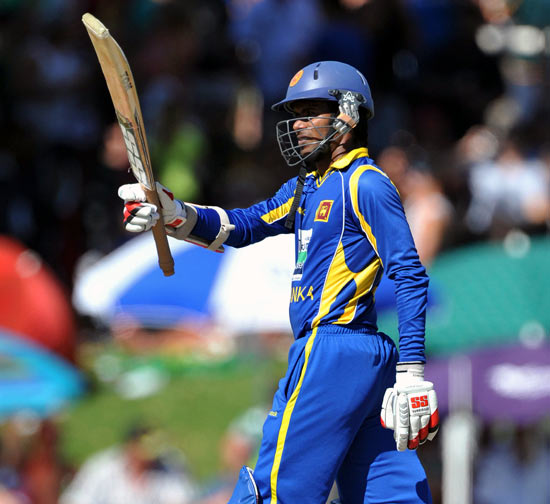 Openers Upul Tharanga and Mahela Jayawardene hit centuries as Sri Lanka handed India a 161-run defeat in the third match of the tri-nation series in Jamaica, on Tuesday.

Tharanga smashed a career-best, unbeaten 174 , while Jayawardene scored 107 as Sri Lanka produced a dominant batting display to post an imposing 348 for one in their 50 overs and then throttle the Indians.

Follows some statistical highlights from the match.

# Tharanga received his first Man of the Match award against India - his eleventh in ODIs.

# His feat of reaching 5000 in 157 innings is the second fastest by a Sri Lankan player in ODIs. Marvan Atapattu took 152 innings to achieve the feat.

# His 13th century in ODIs is his second vs India.

# His knock is the second highest by a Sri Lankan batsman against India in ODIs, next only to the 189 off 161 balls by Sanath Jayasuriya at Sharjah on October 29, 2000.

# Tharanga's knock is the highest by any player in ODIs in the Caribbean, eclipsing Imran Nazir's 160 off 121 balls vs Zimbabwe at Kingston on March 21, 2007. 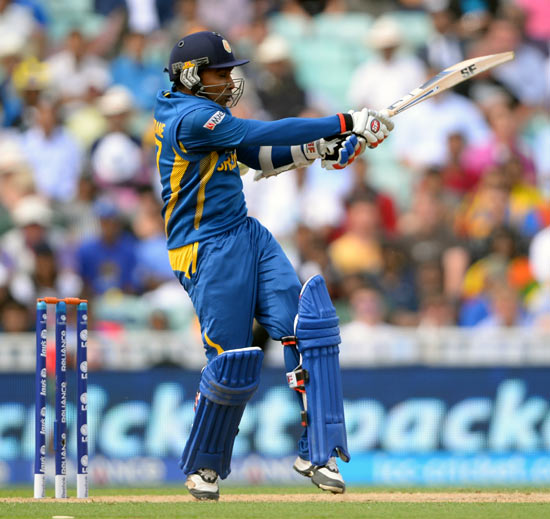 # He enjoys a superb batting record in the West Indies, totalling 820 runs at an average of 51.25 in 19 ODIs, including two hundreds and six fifties.

# Jayawardene's third century vs India is his 16th in ODIs.

# Both Sri Lankan openers posted hundreds for the first time vs India and the seventh time in ODIs - the most for a side.

# Overall, nine double century stands have been recorded for the first wicket for Sri Lanka in ODIs - the highest being 286 between Jayasuriya and Tharanga vs England at Leeds on July 1, 2006.

# The match-winning 213-run partnership is the highest for any wicket in the West Indies in ODIs, bettering the 204 for the fourth-wicket between Michael Clarke and Brad Hodge for Australia vs Netherlands at Basseterre on March 18, 2007.

# For the fourth time, century stands for the first and second wicket have been recorded for Sri Lanka in ODIs.

India's biggest defeat in terms of runs after electing to bowl 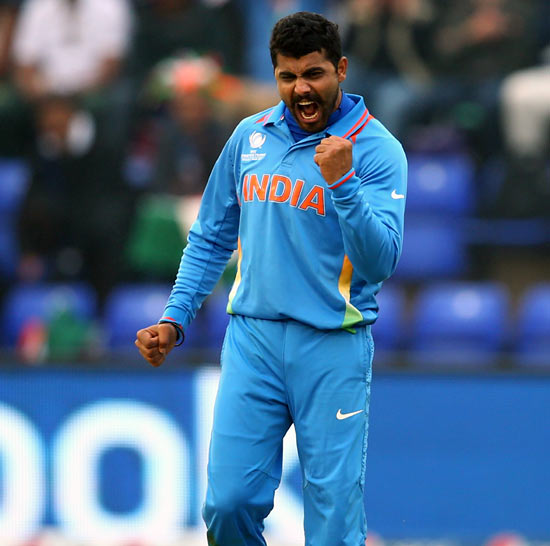 # Ravindra Jadeja (49 not out off 62 balls) posted his highest score in the Caribbean in ODIs.

# Rangana Herath (3/37) recorded his best bowling figures vs India in ODIs. The said performance is his best in eight ODIs in 2013.

# India registered their biggest defeat in terms of runs when they put opponents in to bat.

# The above total is their highest in ODIs in the Caribbean. The said score is the second highest by any team at Kingston next only to Pakistan's 349 vs Zimbabwe on March 21, 2007.

# Sri Lanka provided the first instance that a side completed their innings while batting first, losing just one wicket in an ODI.

# The four highest individual innings by Sri Lankan players have been against India in ODIs.

# Ravichandran Ashwin's figures of 10-0-66-1 are his most expensive on foreign soil in ODIs.