Statistical highlights of the first one-dayer between India and the West Indies played in Port of Spain, Trinidad on Monday.

# Suresh Raina (43) recorded his highest innings against West Indies in ODIs, eclipsing the 35 at Dambulla on July 31, 2005.

# Raina's innings is his highest as Indian captain in ODIs, eclipsing the 37 against Zimbabwe at Bulawayo on May 28, 2010.

# The 80-run fifth wicket stand between Raina and Rohit Sharma is India's highest against West Indies in West Indies, eclipsing the 75 between Ajay Jadeja and Robin Singh at Bridgetown on May 3, 1997. 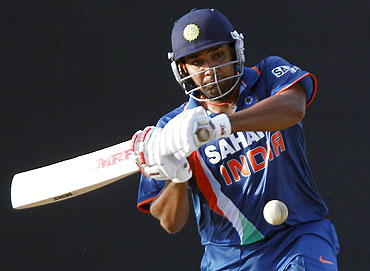 # India's highest fifth wicket partnership in the West Indies is 122 between Sachin Tendulkar and Yuvraj Singh against Bermuda on March 19, 2007.

# Anthony Martin (2/39) produced his best bowling figures in ODIs. In his previous two games against Pakistan, he had failed to bag a wicket.

# Harbhajan Singh (3/32) registered his best bowling performance at Port of Spain, surpassing the 2 for 55 against West Indies on June 2,2002.

# Harbhajan's performance is the second best by an Indian spinner at Port of Spain, behind Noel David's 3 for 21 against West Indies on April 27, 1997.

# Harbhajan Singh (3/32) produced his best bowling figures against the West Indies, eclipsing the 3 for 35 at Kuala Lumpur on September 20, 2006.

# India have won three and lost seven out of 10 ODIs against the West Indies at Port of Spain.

# Rohit Sharma (68 not out off 75 balls) posted his first fifty against the West Indies -- his sixth in ODIs.

# Rohit's knock is the highest by an Indian batsman in a winning cause against West Indies at Port of Spain.

# Under Raina's leadership, Rohit has averaged 109.33 -- 328 in five innings, including two hundreds and one fifty.

# Rohit has received the Man of the Match for the second time in ODIs. He had first got the award against Sri Lanka for posting an unbeaten 101 at Bulawayo on May 30, 2010.

# Shikhar Dhawan (51 off 76 balls) registered his first fifty in ODIs after posting a duck against Australia at Visakhapatnam on October 20, 2010. 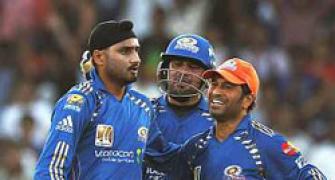 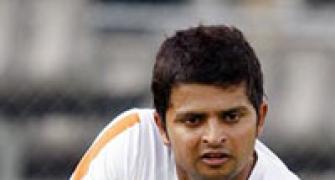 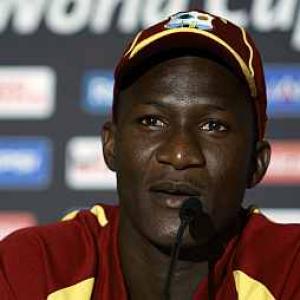