Darren Bravo's stylish 136 failed to save the West Indies from a heavy defeat as India completed a series-clinching victory eight minutes before tea on the fourth day of the second Test at Eden Gardens on Thursday.

Pacer Umesh Yadav took four wickets while Ishant Sharma, Pragyan Ojha and Ravichandran Ashwin added two apiece to help the hosts dismiss the West Indies for 463 and win the match by an innings and 15 runs. It gave India an unassailable 2-0 series lead. 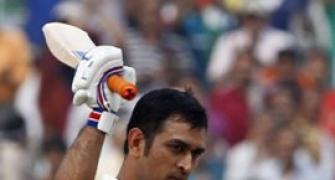 Windies have a mountain to climb after Dhoni, VVS tons Ask the Expert: How many times was Gavaskar LBW in Tests?
'I would like to continue my good show at the Eden' 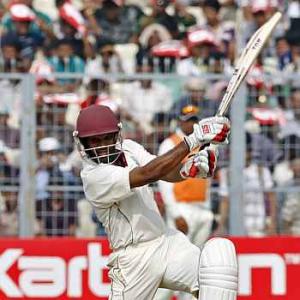