News
Business
Movies
Sports
Cricket
Get Ahead
Money Tips
Shopping
Sign in  |  Create a Rediffmail account
Rediff.com  » Cricket » We were not good enough with the bat: Kohli 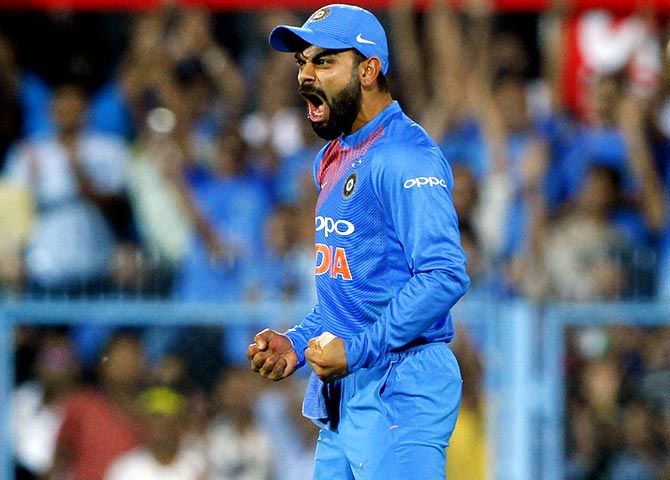 India captain Virat Kohli lamented that his team was simply not good enough with the bat in the second T20 International against Australia, which the home team lost by eight wickets, in Guwahati, on Tuesday.

"I don't think we were good enough with the bat. The wicket was a bit sticky to start with. It was difficult for them as well, but after the dew set in they got away," said Kohli, after the match.

"But we speak about when the situations are not in our favour is when we have to put 120 percent on the field. It is the attitude that matters most and it is something the team embraces."

He was all praise for rookie Australia pacer Jason Behrendorff, who starred with figures of four for 21 in four overs.

"I thought the ball to Rohit (Sharma) was very good. His line and length was very tight. He made us think. Credit to him for hitting the right areas. He definitely had a top class day today," said Kohli.

"As I said, you have to bowl well and start well. Jason has got the height and bounce; he comes from Perth and has the right attitude, which is key," he added.

"Adam Zampa was fantastic as well. Sending Moises Henriques early was something I spoke about. He's been effective with Sunrisers (Hyderabad) as well, and he came and showed his experience.

"In the beginning, the pitch was softish, quite like an English wicket. But if you got through the new ball, you could score. Hopefully, the crowd gets behind us in Hyderabad."

The series decider is in Hyderabad on Friday. 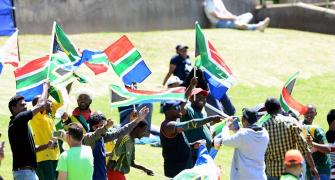 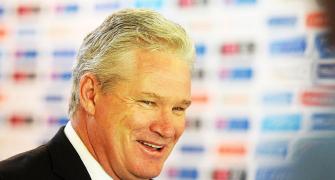 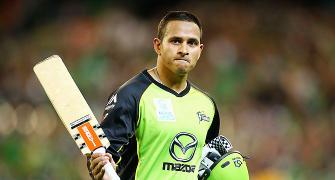 Pak-born Aus batsman Khawaja reveals he was target of racism 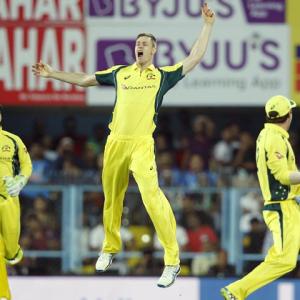 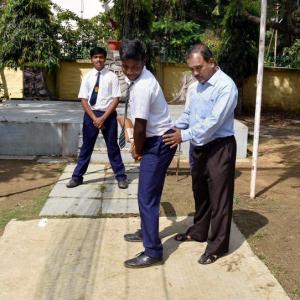