News
Business
Movies
Sports
Cricket
Get Ahead
Money Tips
Shopping
Sign in  |  Create a Rediffmail account
Rediff.com  » Cricket » We put India on the backfoot and we kept the pressure on: Silverwood

We put India on the backfoot and we kept the pressure on: Silverwood 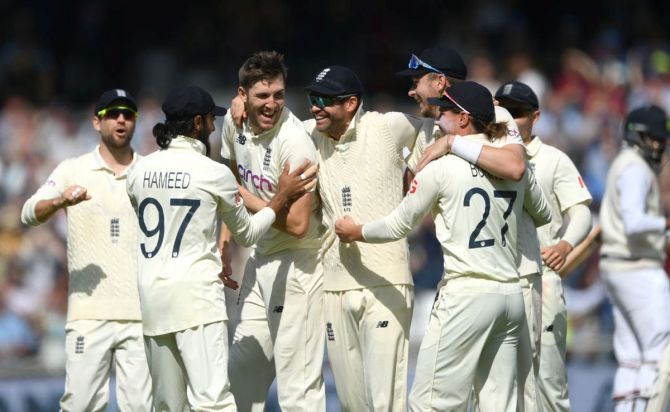 IMAGE: England players celebrate after beating India by an innings and 76 runs in the third TestPhotograph: Stu Forster/Getty Images

England head coach Chris Silverwood on Sunday said "controlled aggression" contributed immensely to their series-levelling win against India in the third Test, days after the players had let their emotions get the better of them at the Lord's.

The Indian and English players were engaged in plenty of verbal battles during the second Test that the visitors won on day five with a brilliant bowling performance.

However, the on-field environment seemed to have calmed down a bit at Leeds with England bouncing back in style to win the game an innings and 76 runs.

"Joe and I reflected on the Lord's Test and thought about what we could learn and how we could get better. And I think there was a controlled aggression around what they did (at Headingley)," Silverwood said during a virtual media interaction.

"The way they hit the lengths hard, the way they put the India tail under pressure and forced them to make decisions all the time. I think you can be aggressive in a very controlled way and I think they got that right."

Asked if India's fieriness drops if they are put under pressure like they were at Leeds, the head coach said: The key is to get on top of them because we know they are a very good team.  Once they get on top it's difficult to stop them."

Root also became England's most successful captain with the team winning a 27th Test under his leadership, surpassing Michael Vaughan's 26.

He may not be a great captain yet but Silverwood said he will get there eventually. "Seeing him become England's most successful captain was superb. It's something I've been looking forward to for a while. He's in a great place at the moment and I'm really enjoying watching him.

"I think he's a good Test captain. He is growing and learning all the time. We saw that last week. There's potential there for him to be one of the great England captains. If we win in Australia, we can have this conversation again."

Root had made some tactical errors at Lord's which cost the team the match.

"He reflected on the Lord's Test and some of the decisions he made. He does learn as he goes along and that's a great characteristic for a captain to have: to reflect back honestly and make a difference. And he's certainly made a difference this game," said Silverwood.

The coach said there is a possibility that in-form pacers James Anderson and Ollie Robinson could be rested for the foruth Test, starting September 2, as part of workload management with both having played three on the trot.

"What I don't want to do is break them," Silverwood said referring to Anderson and Robinson.

"We've got a lot of cricket in front of us. The Tests are coming thick and fast now. They're back-to-back. It is difficult. These guys are giving everything, every day when we're out on the field.

"We've got to make sure we're looking after them, but I won't be making any decisions or judgments right now until we get to London." 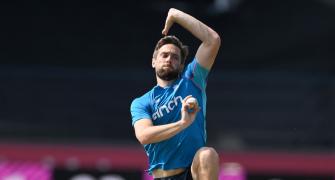 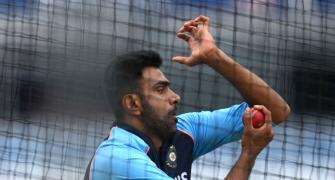 'India needs to pick Ravi Ashwin for the next Test' 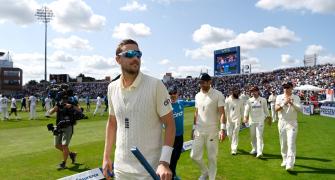 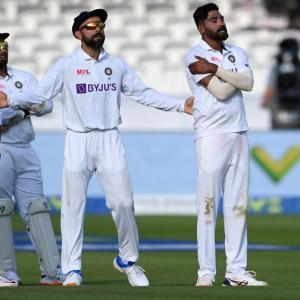 Team India hurt but not demoralised by loss: Kohli 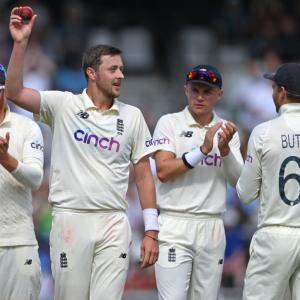