'We can expect hundreds from Rahul's bat' 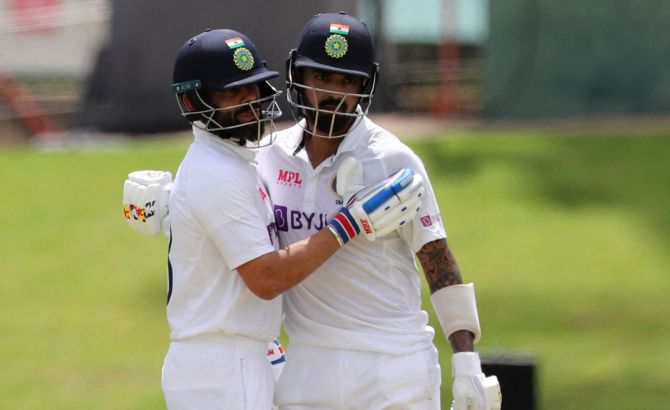 The Indian team dominated the Centurion Test right from the word go with skipper Virat Kohli winning the toss and electing to bat first. India went on to score 327 runs in the first innings which helped them take a 130 runs lead.

Despite Day 2 being completely washed out, Kohli and company wrapped up the Test with more than one-and-a-half sessions to spare on Day 5.

One of the key reasons behind India's historic win was K L Rahul's century. He scored 123 in the first innings which proved key to India's win.

Sunil Gavaskar -- the finest opener of his time -- lauded Rahul, adding that he would be raining 'centuries after centuries' as he has found form.

This was Rahul's seventh Test century and sixth in overseas games. Gavaskar believes this hundred would provide the opener with much-needed momentum.

'Once you got the taste of what a Test century means.. the pleasure of lifting the bat to the crowd or the changing room.. the entire change room applauding you, these are the moments that every cricketer or batsmen savors,' Gavaskar, the first cricketer to score 10,000 Test runs.

'Now that he has got the taste of it, we can expect hundreds from K L Rahul's bat.'