The Players Auction for the Indian Premier League's tenth season will be held in Bengaluru on Monday, February 20.

In all, 351 players will go under the hammer, including 122 international players.

A look at the overseas players who will be on every franchise's pick list: 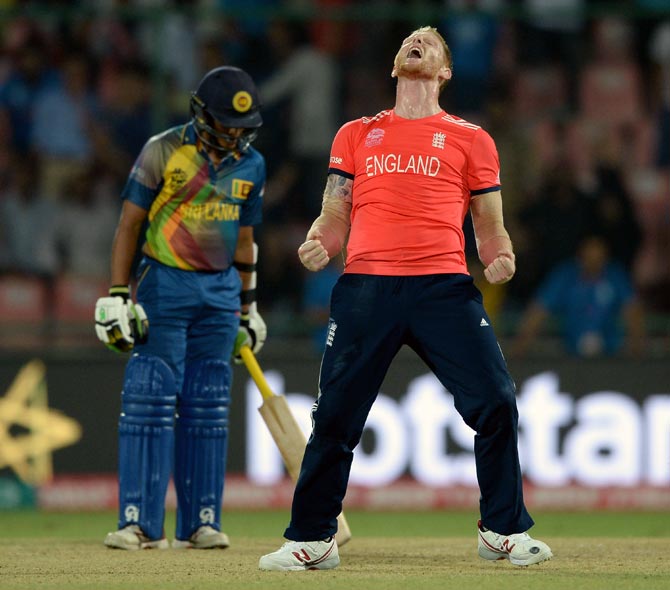 Ben Stokes hasn't done much in the limited number of T20 games he has played this season, but he is an ideal allrounder who can bat at No 6 or 7 along with bowling the full quota of 4 overs. 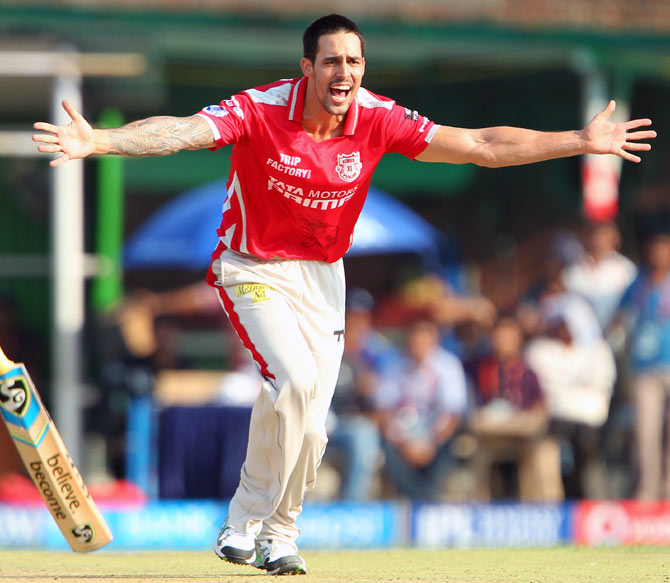 Mitch Johnson was not retained by the Kings XI Punjab, but has been in tremendous form this season.

In the Big Bash 2016, Mitch played a major role in the Perth Scorchers' title win, taking 13 wickets at an economy of under 6.

In the powerplay overs, Johnson was even more impressive with a wicket at an average of just over 9 and economy under 5. 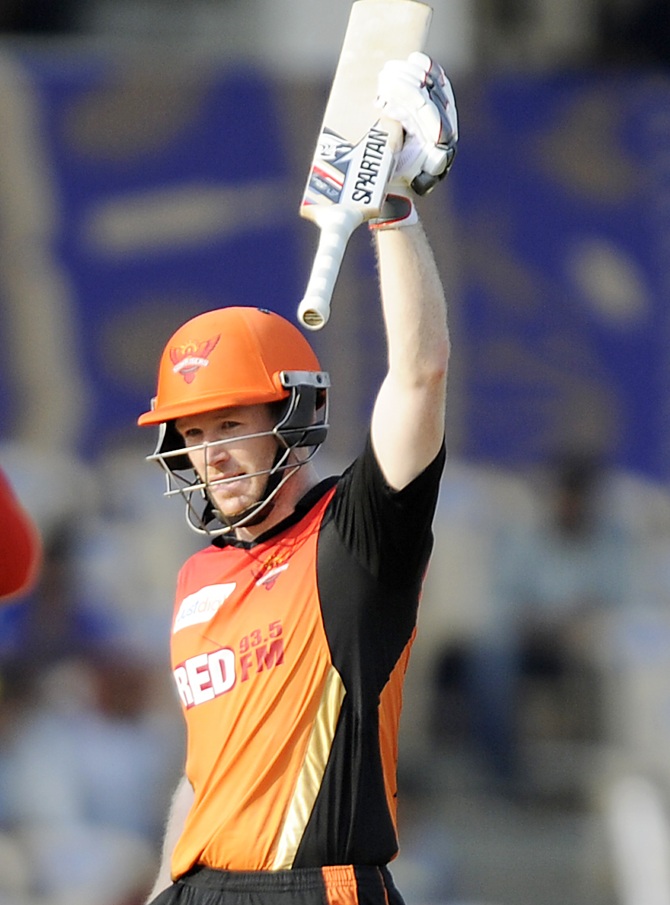 IMAGE: Eoin Morgan celebrates his half-century for the Sunrisers Hyderabad against the Rajasthan Royals, May 7, 2015. Photograph: BCCI

Though Eoin Morgan hasn't been retained by the Sunrisers Hyderabad, the England captain has done nothing wrong this season.

If he could improve his strike rate a bit, he can be an asset for any side. 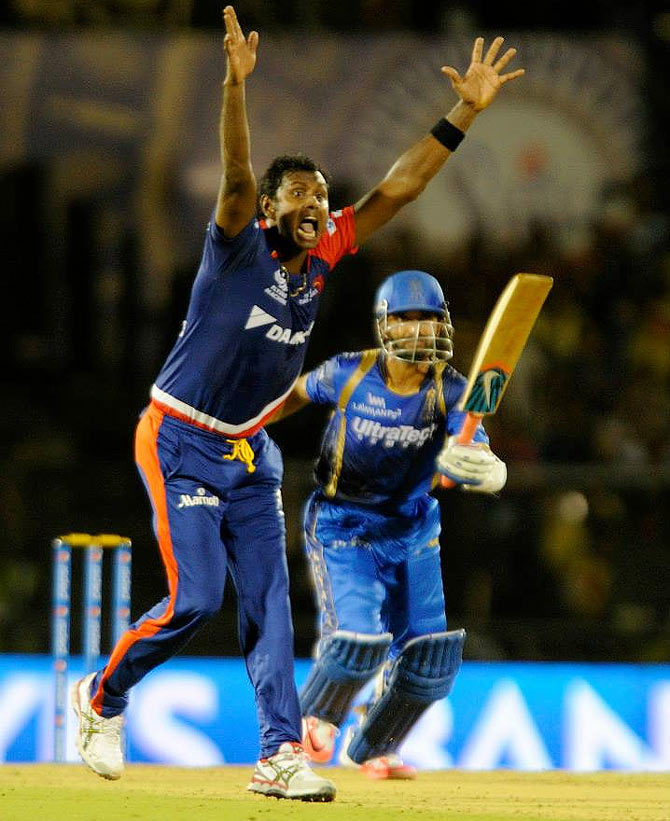 Angelo Mathews missed the last IPL, but was one of the costliest players in the 2015 season with the Delhi Daredevils paying a whopping Rs 7.50 crore for him.

Angelo hasn't set the IPL on fire with his performances, but there is little doubt about his talent. 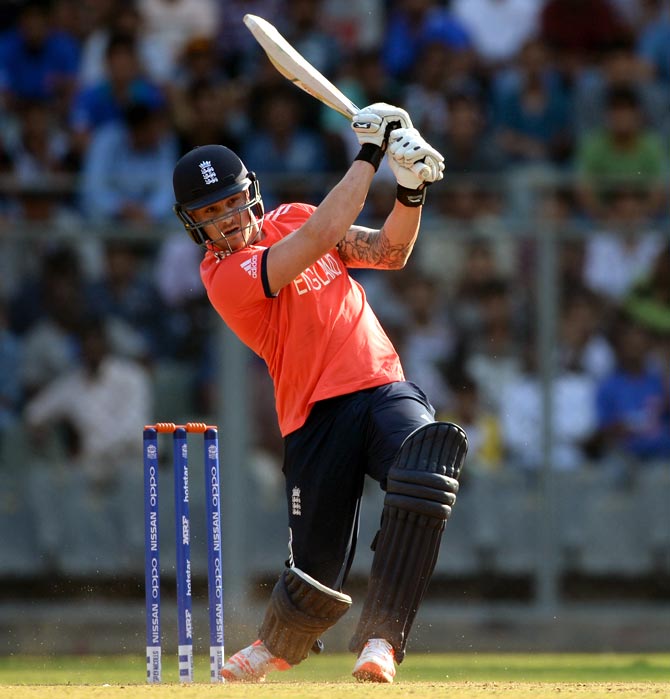 Jason Roy is a special talent.

A free-stroking batsman, Roy hits a boundary every 5 balls in this format.

With a career strike rate of over 140, there will be many takers for Roy at the auction. 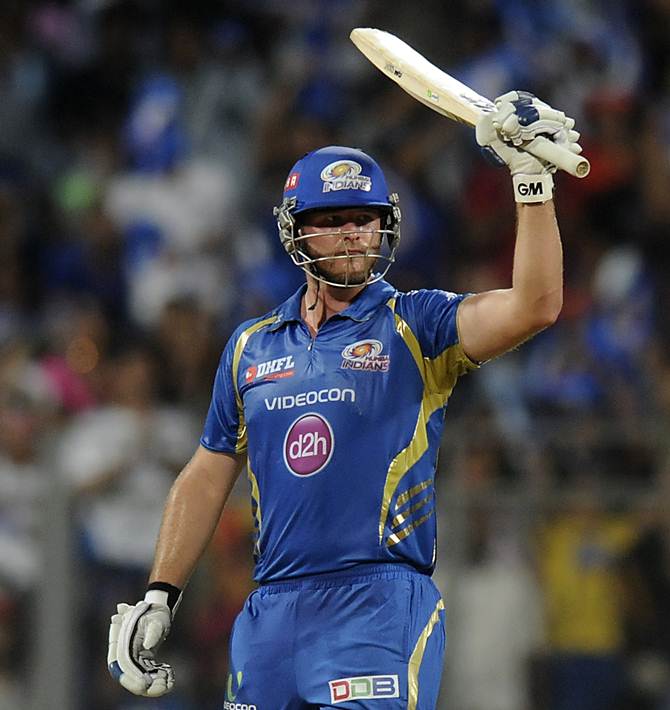 IMAGE: Corey Anderson acknowledges the cheers after hitting 95 for the Mumbai Indians against the Rajasthan Royals, May 25, 2014. Photograph: BCCI

Corey Anderson was not retained by the Mumbai Indians ahead of the IPL auction, a decision that may come to haunt them.

Anderson is in form of his life this season, scoring runs at a healthy average and an impressive strike rate. 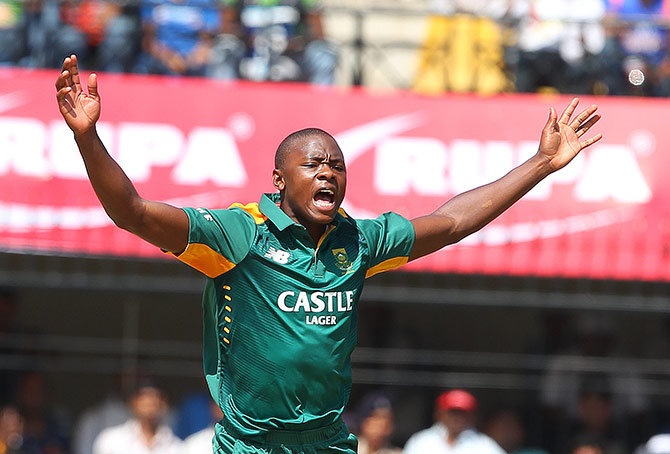 Kagiso Rabada can rattle the best batting line-ups with his sheer pace.

It will be interesting to see how he performs on the batsmen-friendly pitches in India, but Rabada has shown he has in him to succeed at this level. 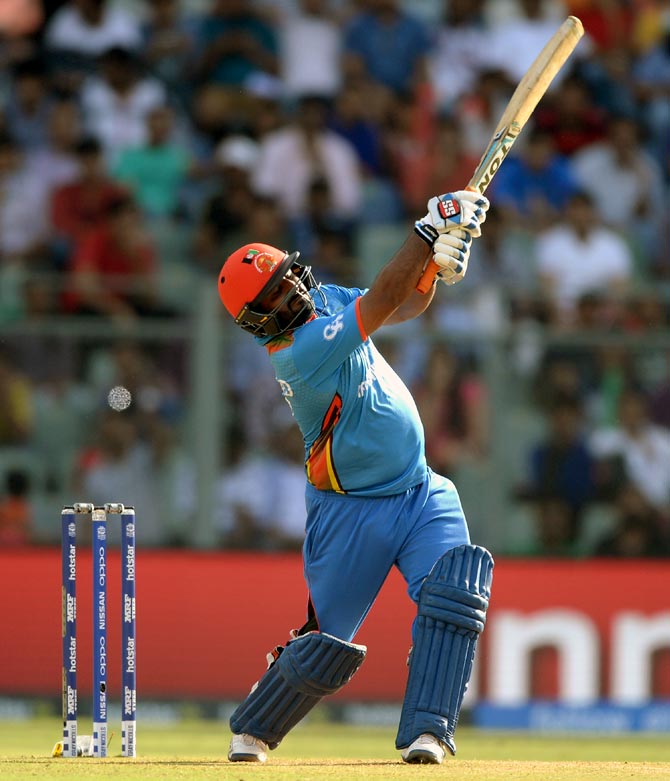 Mohammad Shahzad is one of the two players from associate teams to have the highest base price of Rs 50 lakhs and this is not without reason.

A top-order batsman, who can keep wickets, Shahzad has never shied away from taking on the bowlers.

With his attacking stroke-play Shahzad has carved a name for himself and the IPL will give him an ideal platform to establish himself among the best in the business. 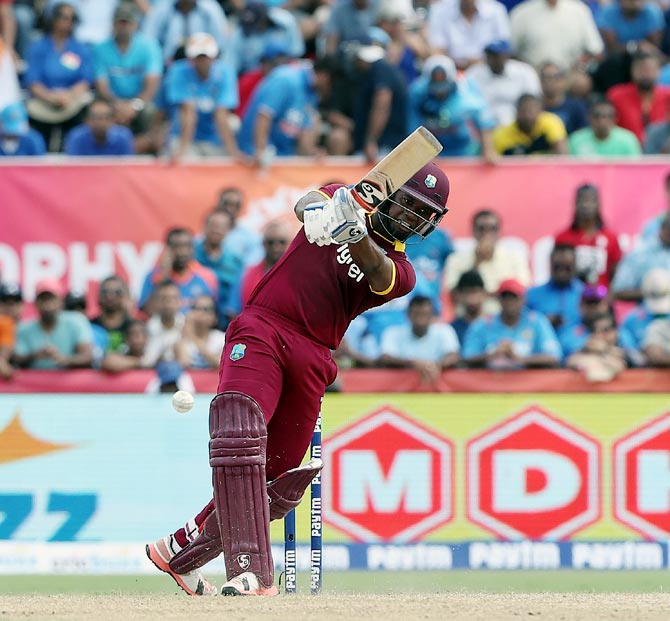 Evin Lewis inscribed his name in the record books when he hit Stuart Binny for five consecutive sixes in a Twenty20 International in the USA last year.

He has not played many matches this season, but has scored runs at a very high strike rate. 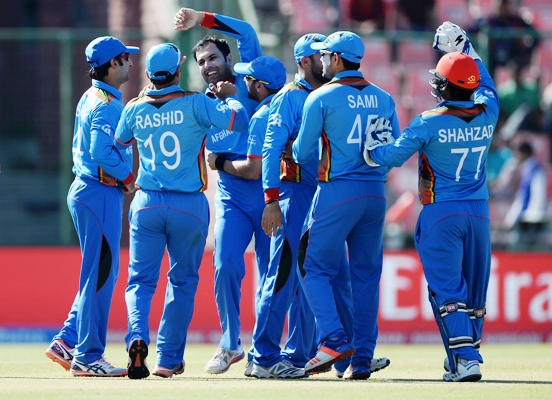 With 138 wickets Mohammad Nabi holds the record of highest wicket-taker in this format from an associate side, and he is no mug with the bat either. 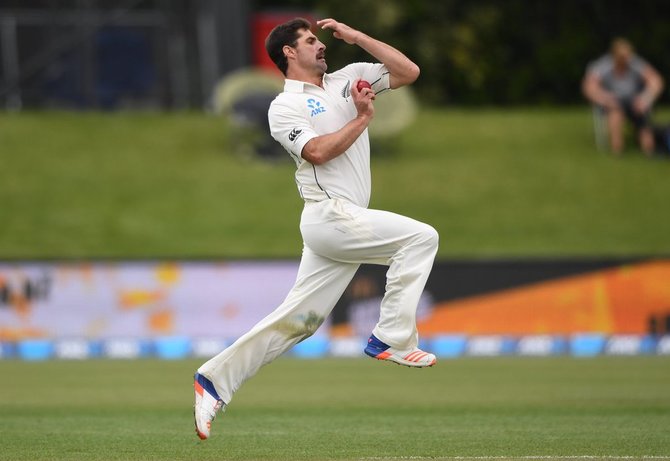 One of the hardest hitters of the cricket ball, Colin de Grandhomme can set the ground on fire with his attacking stroke-play.

His batting strike rate of 170.74 is the highest in T20 cricket among all batsmen who have scored 500 or more runs in this format. 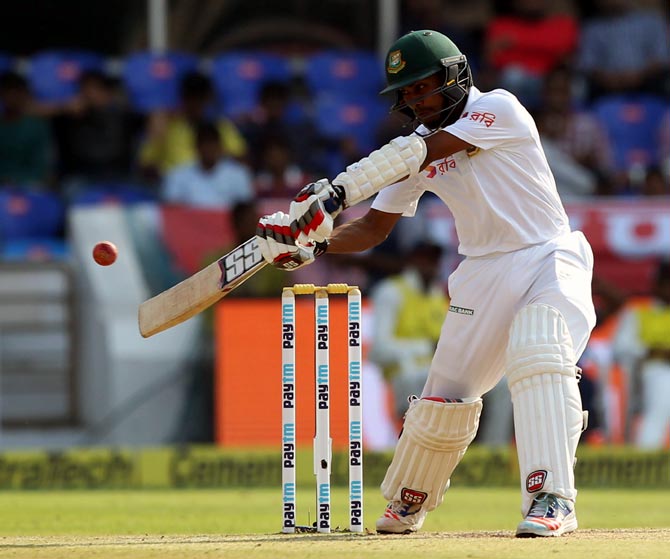 IMAGE: Mehedi Hasan Miraz hits a boundary in the Hyderabad Test. He scored 51 in the first innings and 23 in the second innings and seem untroubled against the Indian attack. Photograph: BCCI

Last year Mehedi Hasan Miraz was showing his allround skills in the Under-19 World Cup in Bangladesh.

In just one year, Mehedi has made rapid strides in senior cricket and is being dubbed as the most promising young talent on the horizon.

A solid middle-order batsman, a crafty off-spinner and a brilliant fielder, Mehedi is just the kind of player that may interest many IPL franchises.

CHECK OUT more CRICKET features in the RELATED LINKS below.