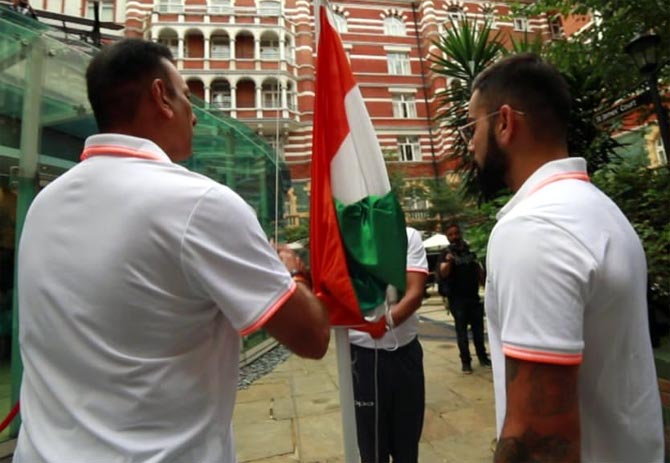 Coach Ravi Shastri unfurled the Indian tricolour with the entire Indian team and support in attendance before they sang the Indian national anthem, at St James Court in London.

"On behalf of the Indian cricket team all the way from UK here is wishing everyone a very Happy Independence Day. Jai Hind," Captain Virat Kohli said in a video released by BCCI.

"On Independence Day, members of #TeamIndia came together to honour the tricolour in England. What a proud moment this," BCCI tweeted. 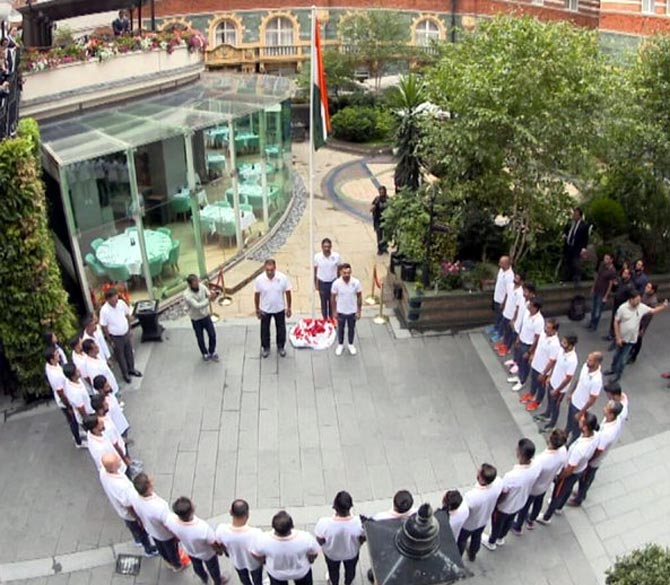 Following the flag hoisting ceremony, the Indian team left for Nottingham to take part in the third Test against England, starting on Saturday.

India trail 0-2 in the five-match series following defeat in the first two Tests at Edgbaston and Lord's.