Vijay Shankar bowled full steam at the India nets alongside Umesh Yadav, indicating the all-rounder will have a lot to do in the T20 and ODI series against Australia, starting in Visakhapatnam on Sunday.

The 28-year-old all-rounder figures prominently in India's World Cup plans. Shankar has showed that he is a capable batsman, having scored 45 off 64 deliveries in a match-winning 98-run stand with Ambati Rayudu after the top-order collapse in the final ODI in New Zealand.

In the three-match T20I series, Shankar amassed 84 runs with an impressive strike rate of 155.55 but did not get to bowl, something the Indian think tank might asses in the course of the Australia series.

With Jasprit Bumrah back to take charge of the pace department along with Umesh, Shankar will look to play the role of the third seamer in absence of Hardik Pandya who's out with a back injury.

The Mumbai Indians spinner was called on to bowl after Yuzvendra Chahal as Shastri and Arun duo chatted long with the youngster.

Back after a break, skipper Virat Kohli was the first to hit the nets alongside the opening duo of Shikhar Dhawan and Rohit Sharma. 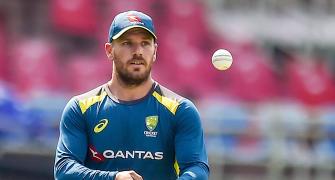 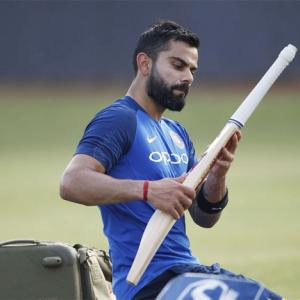