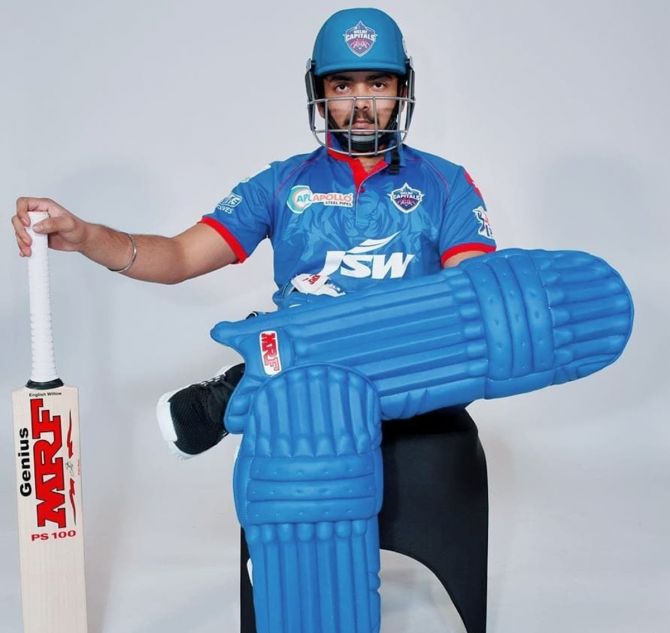 Prithvi Shaw's blistering 105, after an impressive show by the bowlers, set up Mumbai's seven-wicket win over Delhi in an Elite Group D match here on Sunday as the domestic giants began their Vijay Hazare Trophy campaign on a winning note.

Mumbai bowlers, led by experienced pacer Dhawal Kulkarni (3/35), restricted Delhi to 211/7 despite a valiant unbeaten 106 off 145 balls by Himmat Singh and then cantered to the target in 31.5 overs, as Prithvi tore into the Delhi attack.

Invited to bat at the Jaipuria Vidyalaya Ground, Delhi were reeling at 10 for three as they lost Anuj Rawat (0) and India opener Shikhar Dhawan (0) cheaply. Both the batters were run out.

Trouble mounted for Delhi after they lost Nitish Rana (2), who edged to wicketkeeper Aditya Tare, giving pacer Kulkarni his first wicket. Kulkarni struck again and removed Jonty Sidhu (0) to make it 12 for four.
They lost half their side for 23 after left-arm spinner Shams Mulani (2/33) castled Kshitiz Sharma (5).

Himmat played a responsible knock, striking six fours and two maximums. After Vashisth departed, Himmat found an able partner in skipper Pradeep Sangwan (28 not out), as the two forged an unbeaten 57-run stand to take their side above the 200-run mark.

Shaw took the Delhi attack to the cleaners, hammering 15 boundaries and two sixes in his match-winning innings and was ably supported by Iyer, who is making a comeback after missing the Syed Mushtaq Ali tournament.

After Iyer was cleaned up by Lalit Yadav, Suryakumar Yadav, who had earned his maiden India call-up on Saturday, played his part with a blazing 50 off 33 balls.

Suryakumar and Shaw added 93 runs for the third wicket and brought Mumbai on the verge of victory.

Rahul Tewatia celebrated his maiden India call-up with a 39-ball 73 but his effort went in vain as Chandigarh secured a thrilling three-wicket win over Haryana in their Vijay Hazare Trophy Group E opener in Kolkata.

Tewatia, who was named in the India T20I squad for the five-match series against England, clobbered six sixes and four fours.

Chandigarh completed the chase with three balls to spare.

Chandigarh bowlers fought back to trigger a middle-order collapse before Haryana rode on Tewatia's strong finish to post a challenging 299/9 from their stipulated 50 overs.

Tewatia, the explosive Rajasthan Royals left-hander, raced to his third List A fifty in 32 balls and then went berserk, scoring his next 22 runs off only six balls before getting dismissed by Jagjit Singh (3/36).

Having made a group stage exit in the Syed Mushtaq Ali T20s, Bengal opened their campaign with a comprehensive 70-run win over Services at Eden Gardens.

Middle-order batsman Kaif Ahmad hit a stellar 53-ball 75 (11x4, 2x6), while skipper Anustup Majumdar provided him fine support with a 61-ball 58, as Bengal piled 315/6 after putting in by Services.

The top-three, comprising Shreevats Goswami (28), Vivek Singh (39) and Abhimanyu Easwaran (39), too chipped in before the duo of Majumdar and Kaif took charge for a 92-run partnership.

In reply, fifties from skipper Rajat Paliwal (90) and Pulkit Narang (53) were not enough as Bengal put Services under pressure with consistent wickets before bowling them out for 245 in 49.4 overs. 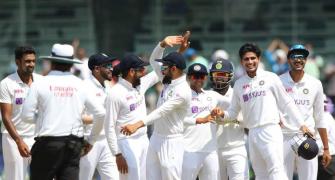 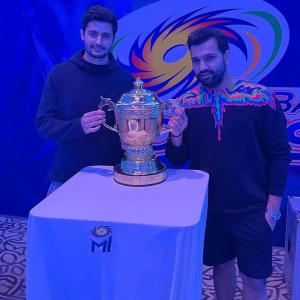