A roundup of the Vijay Hazare Trophy one-day matches played on Friday. 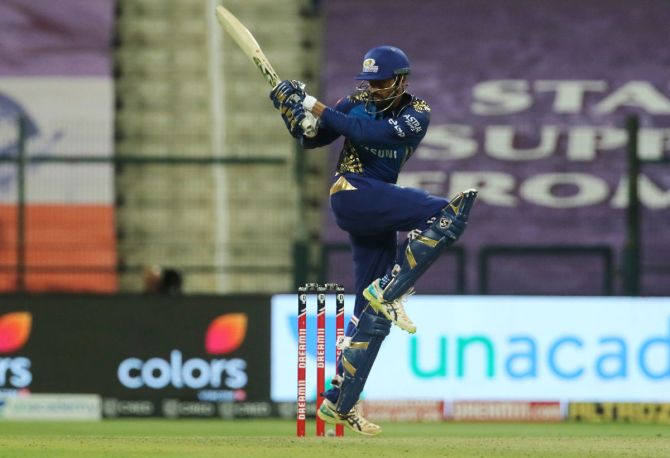 Skipper Krunal Pandya's unbeaten 133 formed the cornerstone of Baroda's 13-run win over Chhattisgarh in an Elite Group A game of the Vijay Hazare Trophy in Surat on Friday, even as Atit Sheth blazed away to a 16-ball 51.

Opting to bat, Baroda rode on Pandya's hundred and Sheth's big-hitting to post 332/6 after a top-order failure, and then restricted the opposition to 319/9 to record their fourth win on the trot.

Baroda lost openers Kedar Devdhar (12) and Smit Patel (13) cheaply and was teetering at 29/2. Medium pacer Sourabh Majumdar (2/85) accounted for both the wickets.

It became 39/3 after Abhimanyusingh Rajput (5) perished cheaply but Vishnu Solanki (78 off 99 balls) and Pradeep Yadav (32) started the rescue act and added 53 runs for the fourth wicket.

After Yadav departed, in walked skipper Pandya, who was in his element and toyed with the Chhattisgarh attack.

The left-hander smashed 20 fours and three sixes in his whirlwind 100-ball knock while forging a 139-run stand for the fifth wicket with Solanki.

Chhattisgarh pegged Baroda back by taking two quick wickets, but Sheth, who walked in at number eight, smashed seven sixes while helping his team to a formidable total. Pandya and Sheth added 89 runs for the unbroken seventh wicket.

But Amandeep Khare (67) and Ashutosh Singh (55) took the game deep with their 125-run fourth wicket stand.

However, skipper Krunal broke the partnership by removing Singh in the 35th over. And, in the next over, left-arm spinner Ninad Rathwa sent back Khare to leave them teetering at 185/5.

Shashank Singh (32) and Ajay Mandal (65 not out off 46 balls) added 48 runs as they inched towards the target, but the former was caught by Kartik Kakade off pacer Atit Sheth when they still needed another 100 runs.

Mandal gave Baroda a scare but their bowlers held their nerves to eke out a narrow win.

Tamil Nadu on Friday ended Jharkhand's three-match winning streak with a convincing 67-run win in a Group B match of the Vijay Hazare Trophy in Indore.

In other matches, Punjab chased down a target of 291 against Vidarbha for a four-wicket win, while Madhya Pradesh handed Andhra a 98-run defeat.

Jharkhand is on top of the standings with 12 points, followed by Punjab, Andhra, Tamil Nadu and Madhya Pradesh with eight points. Vidarbha lies in last place with 4 points.

Tamil Nadu appeared to have squandered a good start provided by Aparajith and N Jagadeesan (30) and were in a spot of bother at 131 for 5 in 34.4 overs.

However, Shahrukh (51 from 47 balls) and Kousik (55 from 40 balls) came to Tamil Nadu's rescue with a 50-run partnership for the sixth wicket. Kousik then added 55 runs with Sai Kishore for the seventh wicket.

A quickfire partnership between Sai Kishore and Mohammed, who smacked three sixes propelled Tamil Nadu to a competitive score.

In reply, Jharkhand suffered an early blow when skipper Ishan Kishan (0) was dismissed off the first ball of the innings by Aparajith.

Despite handy knocks by Virat Singh (49) and Sumit Kumar (40), Jharkhand lost wickets at regular intervals to slip to 145 for 9 as the TN bowlers kept a leash on the scoring. 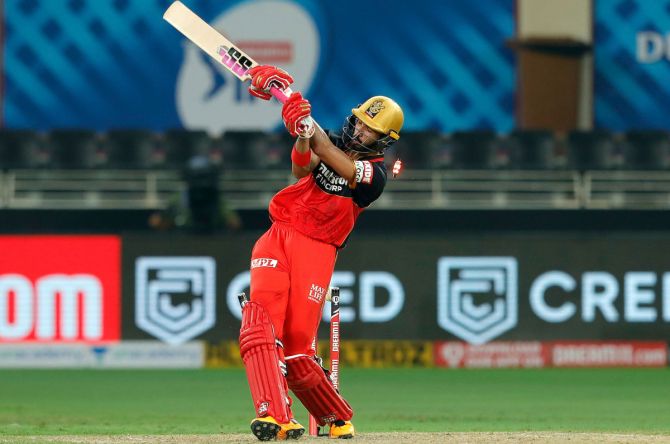 Chasing Kerala's 278, Karnataka cantered home with 27 balls to spare with the Royal Challengers Bangalore opener hitting 13 fours and two sixes in an unbeaten knock of 126 from 138 balls.

He got a fine support from Krishnamurthy Siddharth (84-ball 86 not out; 5x4, 3x6) as they toyed with the Kerala attack in their match-winning 180-run undefeated stand.

Fresh from his 152 against Odisha, Padikkal carried on from where he left and put on a 99-run opening stand with skipper Ravikumar Samarth (62).

The 20-year-old, who also has two half-centuries, now leads the Vijay Hazare run chart with 427 runs from four matches at an astounding average of 142.33.

The big win took Karnataka to the top of the Group E table ahead of Uttar Pradesh and Kerala on net run-rate.

Earlier, Abhimanyu Mithun (5/52) and Prasidh Krishna (2/65) shared seven wickets to restrict Kerala to 277 for eight after Karnataka opted to bowl at the M Chinnaswamy Stadium.