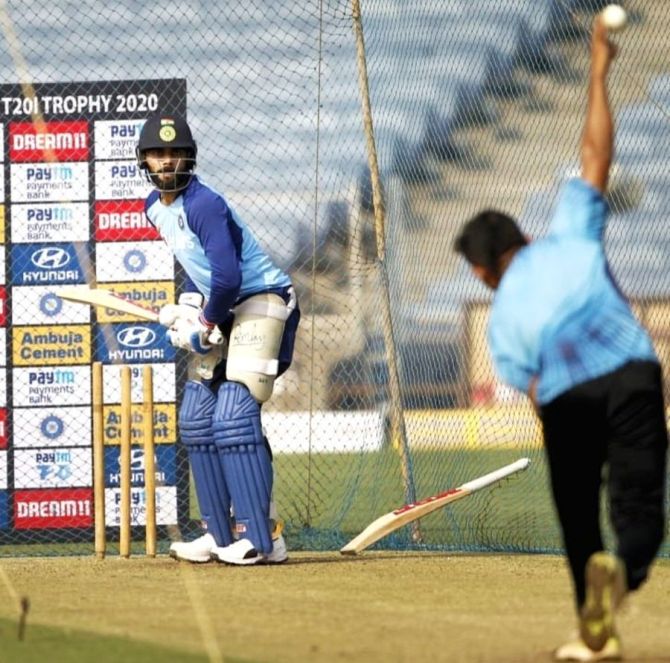 During a practice session in Pune on Thursday, Kohli is seen batting with a lot of intent in a photograph he posted on his Twitter handle.

"Ball out of the Bowlers hand and Chholle Bhature for a cheat meal deserve the same kind of focus," Kohli tweeted.

Earlier, Kohli had revealed his fitness mantra, saying he is proud to be a vegetarian.

The skipper also lauded Netflix documentary 'Game-changers' for letting the world know about the benefits of being vegan.

Kohli is highly admired around the world as one of the most disciplined athletes of his generation.

In the ongoing three-match series against Sri Lanka, India has a 1-0 lead. The side went on to win the second T20I by seven wickets while the first game was abandoned due to rain.

The final T20I will be played in Pune on Friday.