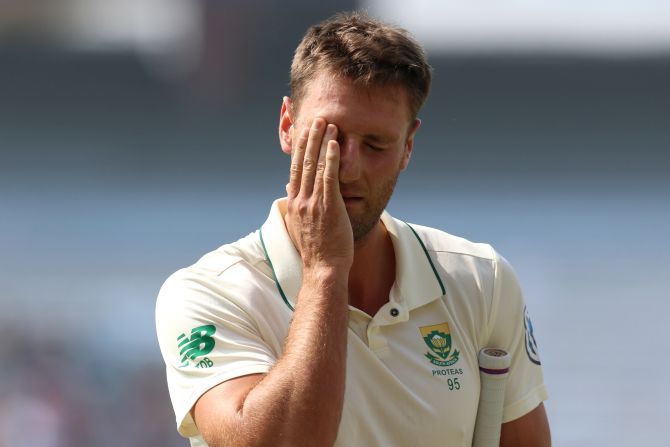 IMAGE: Theunis de Bruyn, who came in as the concussion substitute for Dean Elgar, was caught behind by wicketkeeper Saha for 30 and Lungi Ngidi was caught and bowled by Nadeem after his lofted straight shot hit non-striker Anrich Nortje and went straight to the bowler. Photograph: BCCI

India completed a 3-0 series whitewash of South Africa with a comprehensive innings and 202 runs win in the final Test in Ranchi on Tuesday. The Proteas were no match to the hosts as they suffered two innings defeats in the three-match Test series.

Vaughan also called upon the South African Cricket Board to take advice from its former players like captain Graeme Smith and legendary all-rounder Jacques Kallis.

"This South African Test team is a real concern for the game … The game needs South Africa to be strong ... Time for @markb46 to take over ... also why wouldn't you use @GraemeSmith49 & @jacqueskallis75 in some capacity #INDvsSA," Vaughan tweeted.

However, the team's performance has been dismal in its first series since the change in management. 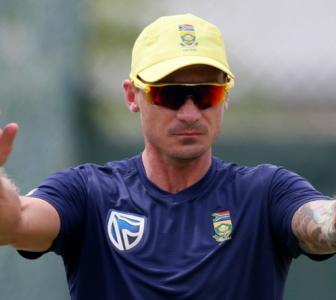 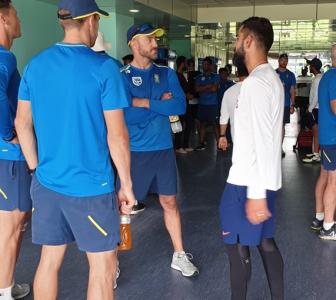 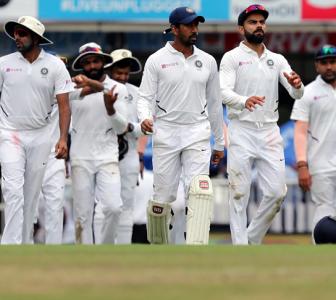 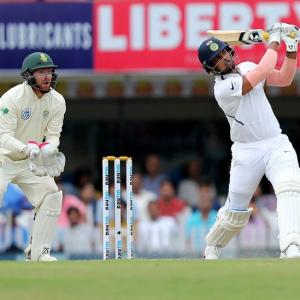 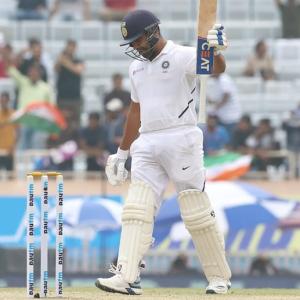