Call it bad luck or sheer irony, Ravindra Jadeja was part of three Indian Premier League franchises that were mired in controversy.

Uttam Ghosh/Rediff.com looks on the lighter side of things... 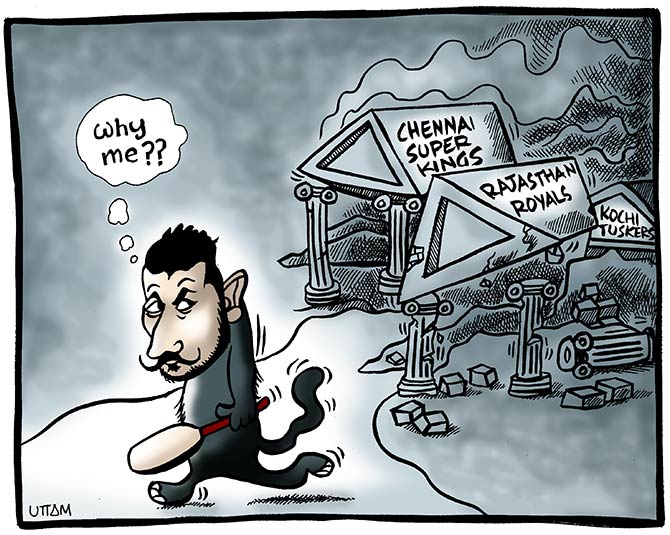 With the Board of Control for Cricket in India accepting the Justice Rajendra Mal Lodha committee's verdict on the Indian Premier League betting and spot-fixing scandal, Ravindra Jadeja has earned a unique, though 'unwanted', distinction.

All the three franchises that the 26-year-old played for thus far haven't exactly had the best of times.

Jadeja played the first two seasons of the lucrative T20 competition for Rajasthan Royals, helping them win the inaugural edition in 2008.

He did not play the third edition following a ban arising out of contractual irregularities and was thereafter purchased by the newly-formed Kochi franchise, in 2010.

Kochi Tuskers ceased to exist in 2011 and in the following auction he was handpicked by Chennai Super Kings.

With the Lodha Commission suspending Chennai and Rajasthan from the IPL for two years, Jadeja has acquired a rather dubious distinction. 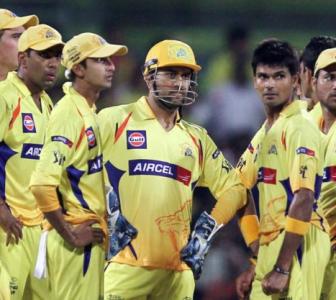 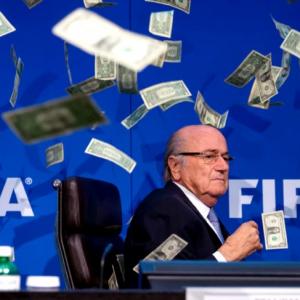 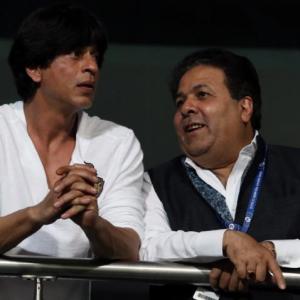