News
Business
Movies
Sports
Cricket
Get Ahead
Money Tips
Shopping
Sign in  |  Create a Rediffmail account
Rediff.com  » Cricket » Up to 'match-winner' Kuldeep to help himself: Raju

The former India spinner has also backed the underperforming left-arm Chinaman bowler to make the cut for the T20 World Cup squad. 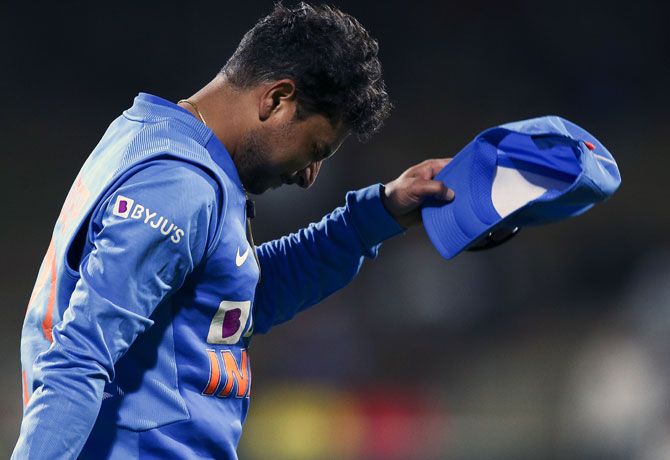 IMAGE: 'Unfortunately, we all know how captains have played a big role in Kuldeep’s growth. He has been always saying that he was very comfortable playing under (Mahendra Singh) Dhoni, but Dhoni is not going to be there for him till his career is over, so hopefully he has to come with a solution.' Photograph: Hagen Hopkins/Getty Images

Kuldeep Yadav no longer has Mahendra Singh Dhoni behind the stumps for tactical inputs and hence will have to himself figure out a way to get back to form before the ICC T20 World Cup where he can be a match-winner, feels former India spinner Venkatapathy Raju.

Kuldeep has had a meteoric rise under Mahendra Singh Dhoni's captaincy but his form tapered under Virat Kohli, leading to his ouster from the Test side.

"Sri Lanka tracks will be slow, there will be some bite, so it is good for him (Kuldeep) to make a comeback. With IPL and T20 World Cup tracks in UAE likely to be dry and spin-friendly, Kuldeep can be a match-winner," 52-year-old former national selector Raju told PTI.

While he needs the captain's confidence, Raju wants the UP spinner to find a solution to get back to prime form.

"But unfortunately, we all know how captains have played a big role in Kuldeep’s growth. He has been always saying that he was very comfortable playing under (Mahendra Singh) Dhoni, but Dhoni is not going to be there for him till his career is over, so hopefully he has to come with a solution," Raju, one of Anil Kumble's distinguished spin bowling partner till late 90's, said.

Raju advised Kuldeep, who has 170 international wickets across 91 games, to bowl to his strengths, which is hitting attacking lines.

"He (Kuldeep) is still a fantastic bowler. He is very young, so (when) you already have experience of playing international cricket…it is entirely up to him to concentrate and he has always been a wicket-taker, he has not been a defensive bowler."

"He should bowl the way he knows and you get limited opportunities and luckily for him, this (Sri Lanka) tour has come up, and there won't be much pressure on him, he has to bowl the best he can because we all know he has got that variety," elaborated Raju.

Once he picks wickets, the question raised about his waning abilities will subside on its own, said the left-arm orthodox spinner from Hyderabad.

"He (Kuldeep) is a young guy (and) he is a match-winner. So, I think he should be more confident and then let his cricket do the talking. He has to work hard for it, cricket is not easy and he also knows that," Raju told PTI in an interview on Friday.

Apart from Kuldeep, Raju, who picked 589 first-class wickets from 177 games, preferred all-rounder Ravindra Jadeja and Yuzvendra Chahal to be in the Indian squad for the T20 World Cup, which will be played in UAE and Oman from October 17 to November 14.

"You already have Ravindra Jadeja right, he has been playing brilliantly, Jadeja will be the first choice (as he is a) brilliant all-rounder -- the ideal for T20s."

What works for Kuldeep is the fact that he can pick wickets in clutches if he gets a breakthrough.

"Kuldeep has good habit, when he picks a single wicket, he ends up taking two or three (wickets). So, I think he should also be a part of (T20 World)," said Raju.

The first ODI between India and Sri Lanka will be aired on Sony Ten 1, Sony Ten 3 and Sony Six on July 18, from 3 PM. Raju will also be commentating on Sony Ten 4 in Telugu. 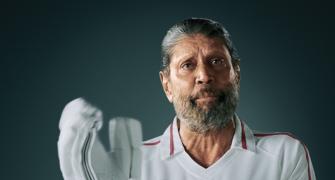 Why is Kapil Batting Again? 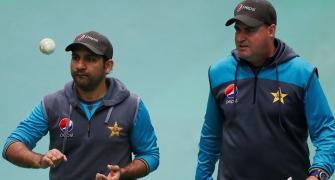 'PCB needs to be blamed, why was Sarfaraz removed?' 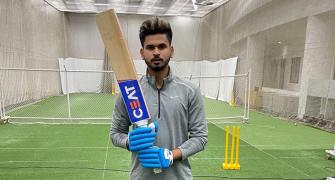 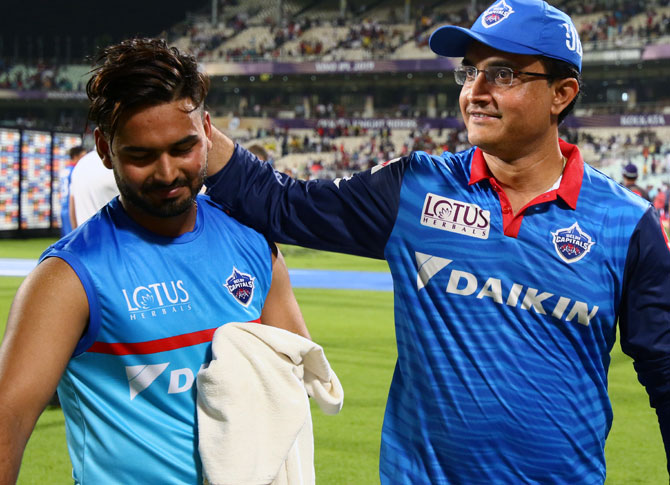 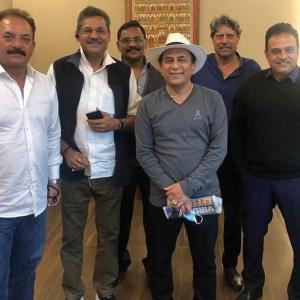