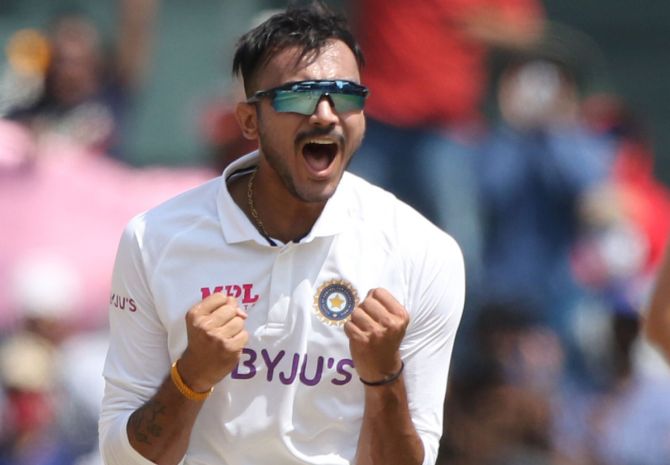 Left-arm spinner Axar Patel enjoyed a dream start to Test cricket as he equalled the record of former spinner Dilip Doshi for the most wickets by an Indian bowler in his debut series.

Axar, who missed the first Test due to injury, finished with 27 wickets in three Tests at an average of 10.59 to equal Dilip Doshi's record, who took the same number of wickets in six Tests in his debut series.

Axar proved to be unstoppable with the ball against England, taking four five-wicket hauls in three Tests.

The left-arm spinner took 5/48 and Ravichandran Ashwin claimed 5/47 to send England crashing for 135 in their second innings, as India won by an innings and 25 runs to win the four-match series 3-1, at the Narendra Modi Stadium, in Ahmedabad, on Saturday.

The series victory also helped them qualify for the World Test Championship final against New Zealand at Lord's in June.

Axar, who came into the team because of injury to Ravindra Jadeja, proved his worth as he took 5/60 in the second Test in Chennai and followed it up with a 11-wicket haul (6/38 and 5/32) in the third pink ball Test.