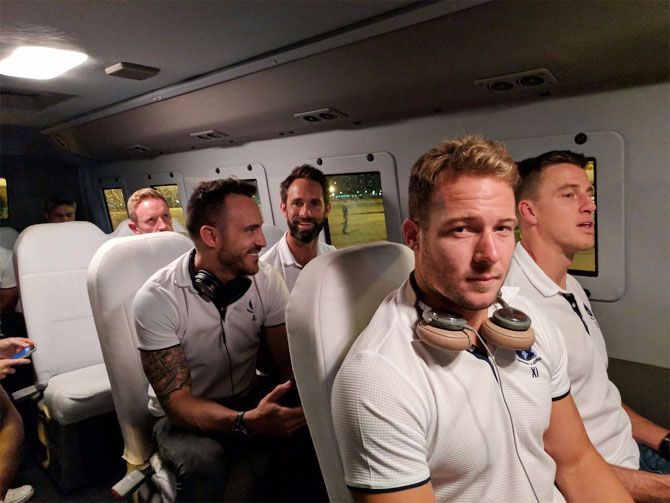 In what could be the resumption of international cricket in strife-torn Pakistan, a World Eleven side landed in Lahore in the wee hours of Monday for a Twenty20 series against the hosts.

An unprecedented security greeting the side, to be led by South African captain Faf du Plessis, at the Allama Iqbal International airport.

Soon after landing in Lahore, the World Eleven players and officials were taken to a five-star hotel on the main Mall road which was closed for traffic from all sides.

The Pakistan Cricket Board (PCB) and International Cricket Council (ICC) had announced earlier there would be no media interaction at the airport.

The high security cover which included paramilitary rangers and police commandos is understandable given this is the first official visit by a team after a terrorist attack on the Sri Lankan team in March, 2009.

Since that attack no top Test team has come to Pakistan due to security concerns and the ICC also refused to send any match referee or umpires for the limited overs series played by Zimbabwe in May, 2015 in Lahore. 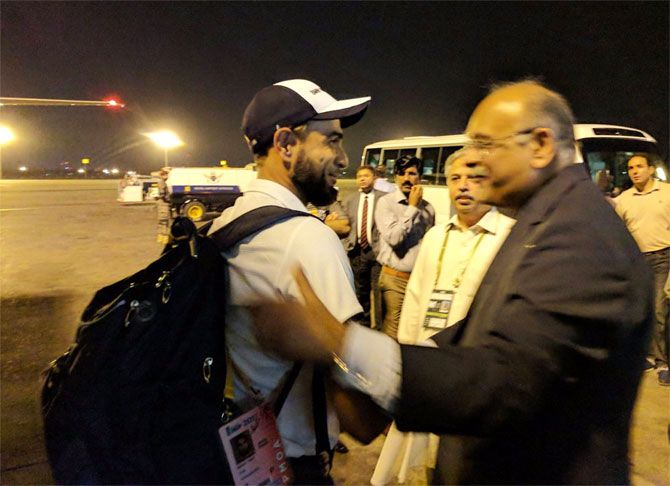 But the World Eleven tour which is being seen by the PCB as a game changer to bring back international cricket to the country is not only supported by the ICC but the world governing body has also funded the visit of security experts to Lahore for the security arrangements.

The short tour includes three T20 internationals scheduled for September 12, 13 and 15 at the Gaddafi stadium.

The ICC has also sent its match referee, Richie Richardson to supervise the series and an influential member of the world body, Giles Clarke also landed with the World Eleven side on Sunday night.

Clarke who heads the ICC’s special task force on Pakistan cricket has played an instrumental role in bringing the World Eleven to the country although the tour is going to cost the PCB a whooping US$3 million in costs including payment of around US$100,000 to each of the 14 players from South Africa, Australia, England, Bangladesh, Sri Lanka and the West Indies.

"It is just a start for the people of Pakistan who are thirsty to see international cricket matches in the country. We have Sri Lanka and West Indies lined up in October and November as well,” PCB Chairman Najam Sethi said.

Sethi, however, admitted that the Sri Lankan and West Indies had made it clear that their tours were subject to the World Eleven tour passing off smoothly.

Sethi was instrumental in having the final of the second edition of the Pakistan Super League in Lahore in March.

ICC security experts have visited Lahore twice in recent times to clear the tour. Samual Badree did not arrive with the World Eleven squad from Dubai and is due to reach Lahore on Monday evening.