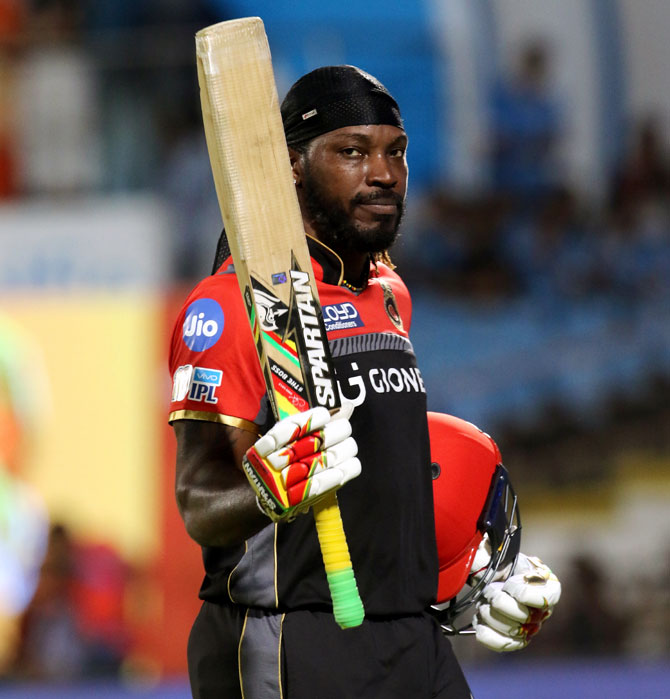 IMAGE: Chris Gayle walks back after his dismissal. Photograph: BCCI

West Indies batsman Chris Gayle proved he remains a bowlers' nightmare after becoming the first player to reach 10,000 runs in Twenty20 cricket during Royal Challengers Bangalore's victory against Gujarat Lions in the Indian Premier League in Bengaluru on Tuesday.

The 37-year-old went into the match having failed to make any significant contribution for his franchise in the ongoing season which led to his dropping from the playing eleven.

The left-handed opener came in as a replacement for the injured AB de Villiers against Gujarat and blasted a 38-ball 77, which included five fours and seven sixes, to set up Bangalore's 21-run win.

"People are still looking out for Chris Gayle. The Universe Boss is still here and still alive," he told reporters. "It was great fun. You know it's good to be back.

"I wanted this so badly, but first of all to get 10,000 runs, it was actually on my mind, so I'm glad to get that sort of achievement.

"It's a privilege to actually be the first person to get there." 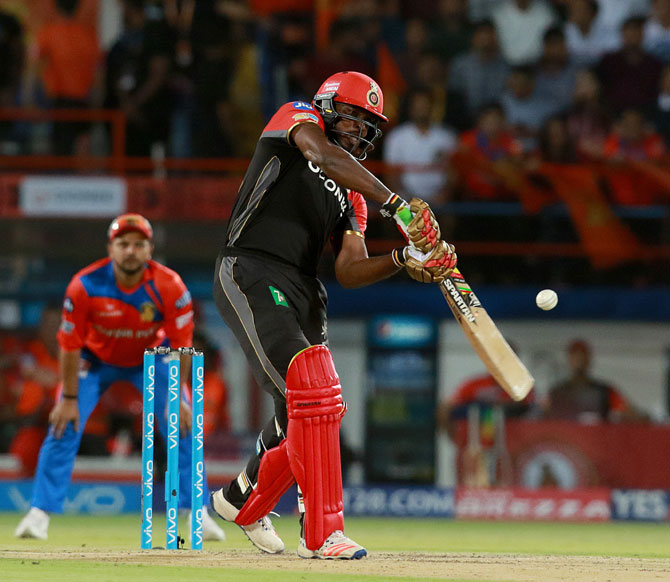 Gayle's last appearance in a Test match has been three years back while he last played an One-Day International for West Indies in March, 2015.

He prefers playing in the Twenty20 leagues across the world, a format in which he is nearly 2,500 runs clear of his nearest rival and former New Zealand captain Brendon McCullum.

"He'll hang his hat on that, as he should," Australia batting great Ricky Ponting told the Cricket Australia website (cricket.com.au).

"He's played more T20 cricket in the last five or six years than he has other forms of the game, but he's dominated the game pretty much everywhere he's been." 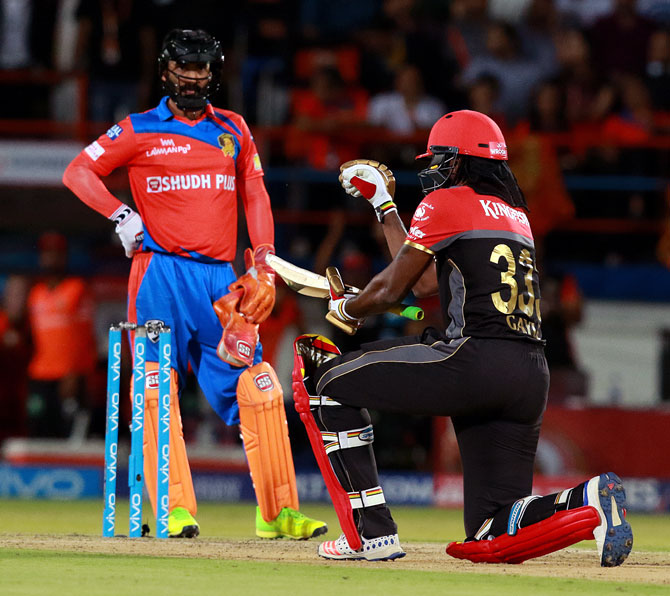 "I just want to thank the fans and all the franchises where I have actually played around the world," Gayle added.

"Even playing for West Indies as well. At the end of the day, they have actually played a part in this 10,000 runs as well.

"It has been fantastic and like I said still I have a lot more to offer to the fans. Hopefully, I can keep entertaining and get a few more thousand runs under my belt."