Skipper Vijay Zol continued his fine form as his century helped India colts thrash New Zealand by a whopping margin of 165 runs to register their third victory in an U-19 tri-series match in Darwin, on Thursday.

The left-hander and senior-most player in the side, Zol smashed 128 off 131 balls to power India to 276 for six in 50 overs and then the bowlers produced a fine effort to skittle out New Zealand for 111 in 42 overs.

The victory has all but sealed India's place in the final of the tournament.

After the early dismissal of opener Ankush Bains (5), Zol in company of Mumbai youngster Akhil Herwadkar (55) added 105 runs for the second wicket to steady the
innings. During his knock, the stylish Maharashtra left-hander Zol hit 16 boundaries and a big six. Medium pacer Kyle Jamieson (0/51 in 6 overs) got some harsh treatment from the two Indian batsmen. 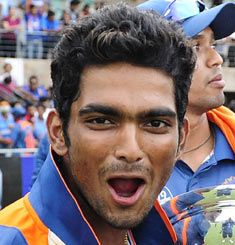 After Herwadkar's dismissal, Sanju Samson (11) and Mohammed Saif (17) didn't last long to leave India were in a spot of bother at 171 for four but Zol found an able ally in Sarfaraz Khan who hit a quickfire 29-ball-30. More importantly, he was involved in a 94-run stand for the fifth wicket with his skipper which took India past 250-run mark.

After losing six wickets for only 35 runs, there was no chance of making a comeback and the Indians coasted to an easy victory. Only Ken McClure (41) provided some lone resistance. 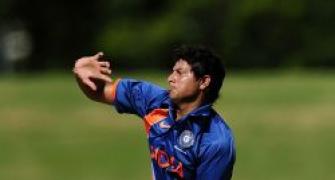 To keep diabetes away, go take a walk 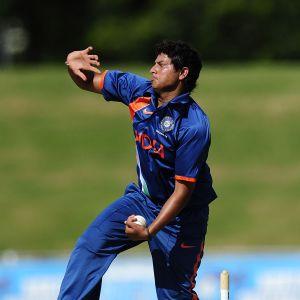