The young Under-19 Indian cricket team has shown a fight and a resilient display of cricket in the ongoing World Cup to make it to the final. This team emulates the previous ones led by Virat Kohli and Prithvi Shaw.

Captain Yash Dhull and Co. reached the finals with clinical victories over South Africa, Ireland, Uganda, Bangladesh and one of the other potential finalists in Australia and additionally are still undefeated in the tournament. The summit clash between India and England will be telecast live on Star Sports Network from 6:30 PM on Saturday.

Here are the five Indian cricketers that are set to grab eyeballs in the summit clash against England: 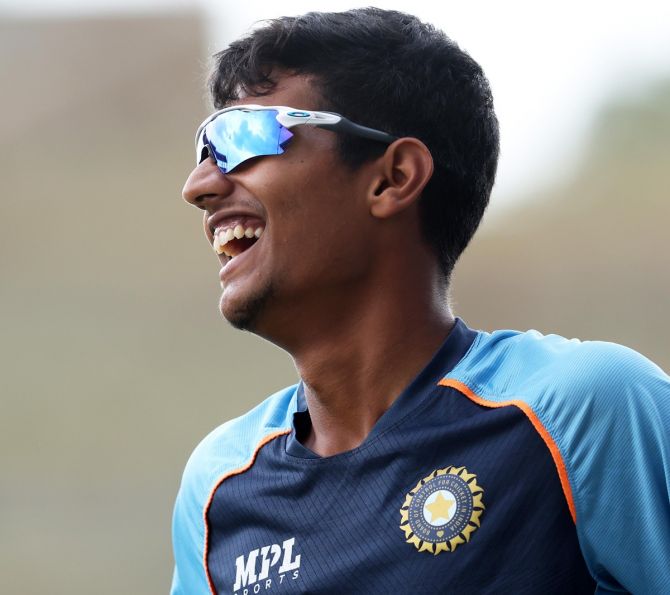 Captain Yash Dhull has been a consistent performer for team India throughout the tournament - with his 3 consecutive half-centuries against South Africa, Australia, and West Indies. He has led the team from the front and topped it with a captain's performance recently vs Australia. When they seemed down and out early on but a strong partnership with Shaik Rasheed brought some essential stability to team India's innings.

The number 3 batter position is secured by Shaik Rasheed, an impressive batter who has performed well throughout the World Cup. Shaik Rasheed's partnership with Yash Dhull against Australia supported team India desperately immensely. He has given key performances in matches against the first Australia match-up and Bangladesh, where he scored 72 and 90 runs, respectively.

Spinners like Vicky Ostwal, have troubled opposition consistently in the U-19 World Cup 2022. He also got his five-wicket haul against South Africa. India's bowling lineup has shown incredible versatility and flexibility in terms of variations on the pitch - bowlers like Vicky can pair with other pacers and continue to trouble their opposition.

Angkrish's massive knock of 144 runs against Uganda garnered a lot of attention, he also played impressively against Sri Lanka - making 56 runs not out. He has showcased his skill with the ball on multiple occasions - making him a player to watch out for. Angkrish is a talented all-rounder who can make a significant impact in the final.

Harnoor has been having a quiet few games ever since his outstanding knock of 88 against Ireland in the earlier stages of the competition. He has a lot of capability and class as an opening batsman - it will be essential for India to put an impressive start to their opening partnership against tough opposition like England. Harnoor will look to get back on top form for the final against England.

India has a talented squad of young players who have played exceptionally throughout the course of the tournament, players like - Raj Angad Bawa, Rajvardhan Hangargekar and Ravi Kumar have also been standout performers. England, on the other hand, is not a team to be underestimated as they will be hungry to get their first title in 24 years.

The English have a very well-rounded lineup - especially their batting as they bat quite deep, it will be a challenge for India to dominate them. England opener George Thomas' and Jacob Bethell are top talents who can deliver with the bat. Bowlers like Joshua Boyden and Rehan Ahmed are clinical and use multiple variations to keep the batters in check.