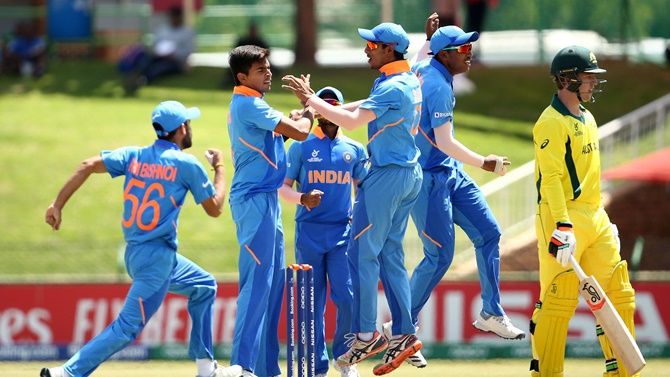 Kartik Tyagi blew away Australia’s top-order with a sensational spell of fast bowling to power India to a 74-run victory and a place in the semi-finals of the ICC Under-19 World Cup, in Portchefstroom, South Africa, on Tuesday.

Kartik bagged four wickets after India recovered through Atharva Ankolekar's combative half-century to post 233 for 9, a modest total which the holders defended impressively.

Riding on Kartik's spell in which he swung the ball at a good speed, India bundled out Australia for 159 with 6.3 overs to spare in their Super League quarter-final.

Invited to bat, India lacked a substantial partnership until Atharva and Ravi Bishnoi joined forces to raise a fighting 61-run stand for the seventh wicket.

Atharva scored an unbeaten 55 off 54 balls, inclusive of five fours and a six, while Bishnoi made 30 off 341 balls. 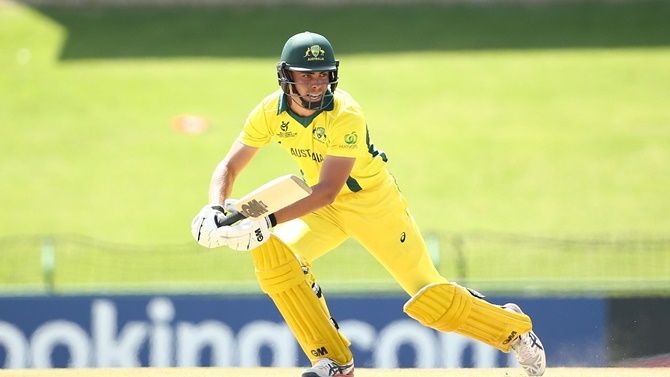 Tyagi (4/24) then produced a dream spell in which he removed Australia’s skipper Mackenzie Harvey (4) and Lachlan Hearne (0) off successive balls in his very first over.

This was after Jake Fraser-McGurk had run himself out off the first ball of their innings.

He did not get a hat-trick but added the scalps of Oliver Davies (2) and Patrick Rowe (21) to take the life out of the Australian chase.

India's modest total would have given the Australians hope but it became a herculean task after their top order was polished off.

Opener Sam Fanning (75) kept fighting at one end but that only delayed the inevitable. He added 81 runs for the sixth wicket with Liam Scott (35).

When Australia required 85 runs off the last 10 overs, spinner Bishnoi broke the stand by getting rid of Scott, while left-arm pacer Akash Singh sent back Fanning.

The writing was on the wall after that as Akash (3/30) wrapped up the match by adding the wickets of Todd Murphy and Matthew Willans to his tally. Earlier, at the top, only opener Yashaswi Jaiswal put up a semblance of resistance against the Australian attack, scoring an 82-ball 62, with the help of six fours and two sixes.

After losing one partner after another, Jaiswal went for a pull off Tanveer Sangha but edged the ball between his legs on to the stumps. 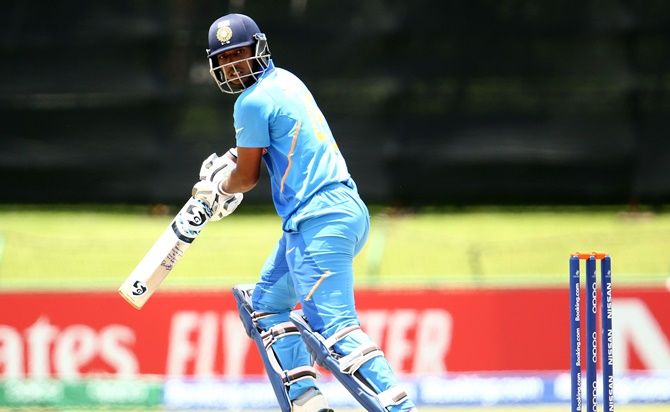 Jurel, whose technique looked compact, timed the ball well but often found the fielders. Not being able to find the gaps meant his scoring rate was quite low.

Jaiswal, who was fluent in his stroke-making, had already departed and it adversely affected India's run rate.

Under pressure, Jurel went after Muprhy but ballooned the ball up for wicketkeeper Rowe to take an easy catch. 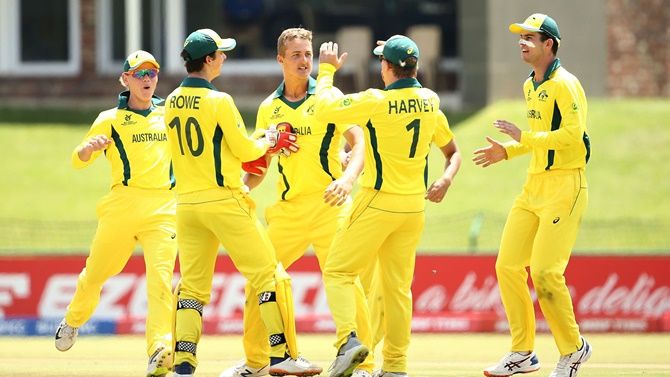 Siddesh Veer too got out soon, leaving the tail-enders with an unenviable task to up the run-rate.

Bishnoi and Atharva largely worked the ball around to keep the scoreboard ticking, taking advantage of the Powerplay overs. Bishnoi ended the boundary drought when he drove Sangha through the cover region.

Atharva guided Sully for a four behind square and then one more time, through the covers, to raise the team's 200. Their stand ended with the run out of Bishnoi in the 48th over.

The left-hander reached his fifty with a six off Sully.