All-rounder Darren Sammy will lead the team, which includes 11 players from the contingent that won the last World Cup in Sri Lanka four years ago 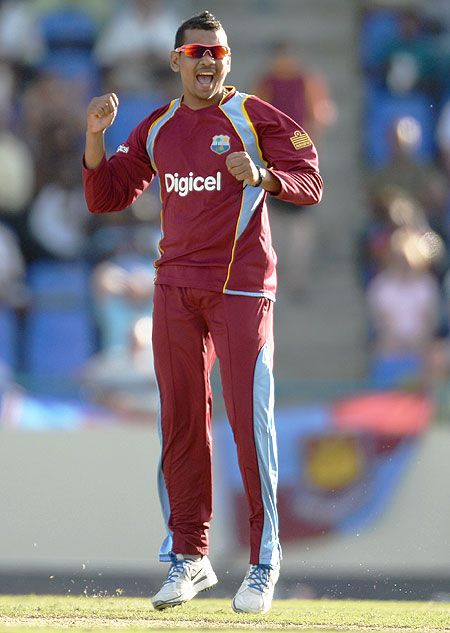 West Indies have taken a gamble by naming Sunil Narine in their squad for the World Twent20 tournament in March as the off-spinner is currently suspended from bowling in international cricket due to an illegal action.

The 27-year-old was reported to the International Cricket Council (ICC) during a one-day series in Sri Lanka last November and was later sanctioned after an independent assessment found his elbow extended beyond the maximum limit of 15 degrees.

Considered an asset to the side, Narine was also initially selected for last year's 50-over World Cup but later withdrawn, and has been working on his action in a desperate attempt to get it cleared in time for the World Twenty20 in India.

All-rounder Darren Sammy will lead the world's top-ranked T20 side, which includes 11 players from the contingent that won the last World Cup in Sri Lanka four years ago.

The 15-man squad will assemble in the United Arab Emirates for a preparatory camp between February 22 and March 6, and will travel to India on March 7 for the tournament.

England, South Africa, Sri Lanka and a qualifying team from the first round of the tournament have been pooled with West Indies in group one of the Super 10 stage at the World T20.

© Copyright 2022 Reuters Limited. All rights reserved. Republication or redistribution of Reuters content, including by framing or similar means, is expressly prohibited without the prior written consent of Reuters. Reuters shall not be liable for any errors or delays in the content, or for any actions taken in reliance thereon.
Related News: Sunil Narine, Darren Sammy, Sri Lanka, T20, International Cricket Council
COMMENT
Print this article