News
Business
Movies
Sports
Cricket
Get Ahead
Money Tips
Shopping
Sign in  |  Create a Rediffmail account
Rediff.com  » Cricket » 'To have a guy like Dhoni in the team is very helpful'

'MS has obviously done it for a long time and probably played a lot of innings under pressure like that. The way he has timed his innings in his whole career is probably something.' 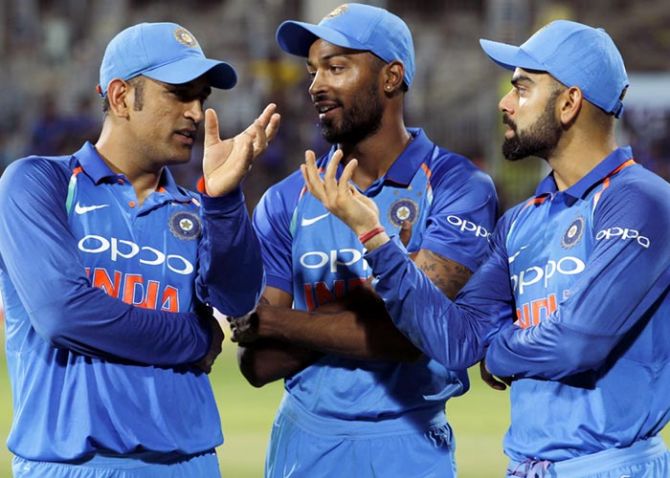 Australia's Adam Zampa on Tuesday admitted that he failed to execute his plans against Hardik Pandya, who smashed him for 24 runs in a single over -- including three sixes, to turn the game on it's head, in the first ODI against India in Chennai.

Australia had reduced India to 87 for five at one stage before Pandya (83) and Mahendra Singh Dhoni (79) combined for a match-winning stand of 118 runs. The visitors eventually lost the first ODI by 26 runs via the Duckworth-Lewis method in Chennai.

"I pride myself on bowling well under pressure but the other day I did not execute how I would have liked to in the over against Hardik. It would have been important to get him off the strike. Probably I bowled three balls too full," said Zampa while recalling the 37th over when he was hit for three sixes in a row by the Indian all-rounder.

"As soon as you miss against a player like Hardik, it's going to go the distance. Hardik is a very good player," he added.

The 25-year-old, who is the Aussie's main spin weapon, said the 'length' is very important in the sub-continent.

"In Australia you can mess up your length a little bit and you will probably get away with it purely because of the size (of the ground). Here the length is very important.

"You never liked to be hit for three sixes in a row. But I guess it does happen, probably happened to Shane Warne. As long as you don't put yourself under too much pressure and learn from those situations, it's good. Hopefully I will get him out earlier next time," he said.

Zampa also showered praise on his Rising Pune Supergiant team-mate Mahendra Singh Dhoni, who played a responsible knock at the other end.

"MS has obviously done it for a long time and probably played a lot of innings under pressure like that. The way he has timed his innings in his whole career is probably something. To have him as a guide for a young player like Hardik and others in the Indian team is very helpful."

The spinner admitted that Aussies did not bowl too well in the middle overs to break that "very important partnership".

"We have spoken on how to important it is to start well against a new batsman and probably we did not do that too well in the middle period the other day," said Zampa.

Trailing 0-1 in the five-match ODI series, Australia will be eyeing to bounce back at Eden Gardens on Thursday and Zampa said they have plenty of variety in their attack.

Zampa said the revised match target of 164 from 21 overs after the rain-interruption proved difficult.

"It does not help. We have to negate that. It would have been little different in a 50-over scenario. There's pressure and it does become tough when it comes down to 21 overs. But they (Indian bowlers) bowled very well to us. Particularly with four down (35/4 inside eight overs), facing two spinners was pretty hard to pick.

"They did well with the ball. The wicket was spinning quite big, and it was hard to pick spinners at night," said Zampa. 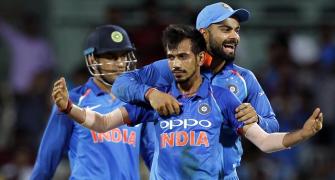 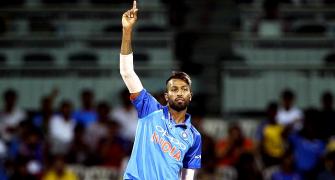 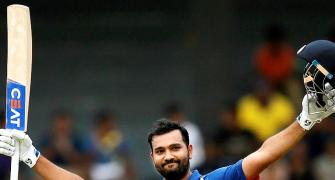 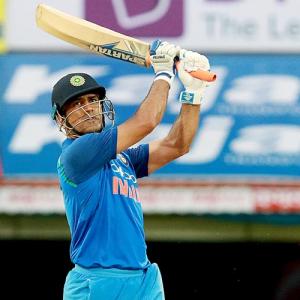 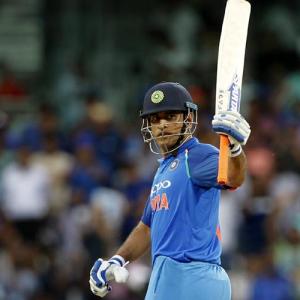