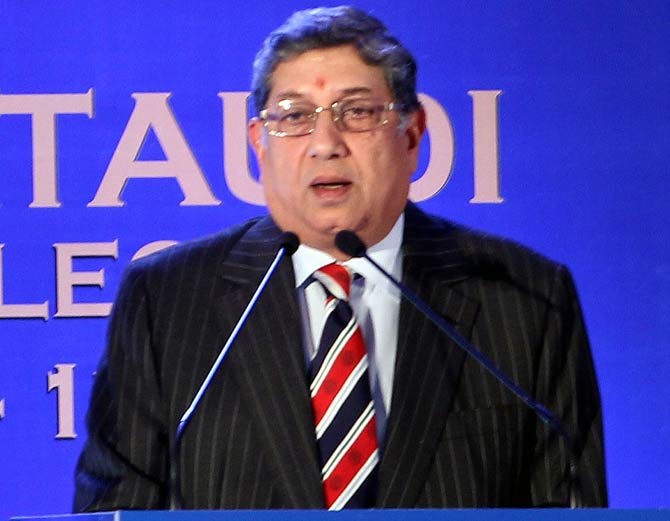 IMAGE: The TNCA, which is under the control of former BCCI president Narayanswami Srinivasan, had 21 violations in their amended Constitution. Photograph: BCCI

This effectively means that the three non-compliant units will not have any voting rights in case there is an election during the scheduled AGM.

"Yes, the CoA has intimated the two state units that they would be debarred from participating in the elections as they have not amended their Constitutions as per Supreme Court orders on August 9, 2018. Maharashtra is also going to be debarred from attending the AGM," a source close to CoA said.

CoA chief Vinod Rai, who is currently in the United States, was unavailable for a comment.

Even Maharashtra is going to be debarred from AGM as the Charity Commissioner of the state had found anomalies in their amended constitution. The unit still under the control of former BCCI secretary Ajay Shirke, was supposed to be represented by Riyaz Bagban.

The TNCA, which recently elected Srinivasan's daughter Rupa Gurunath, had 21 violations in their amended Constitution, including non-compliance in age cap (over 70 years), tenure of cooling off period being a few major ones.

Even after they complied with a few later on, they didn't adhere to the major reforms and had taken a tough stand that it is not in CoA's authority to debar any state unit as their job is to merely file status report on compliance.

On part of CoA, their argument is that the elections are being conducted under their watch and no non-compliant association will be allowed to take part in the AGM.

Now the implication of this decision could be two-fold and the BCCI could be divided on this issue.

In case, there are unanimous choices for the five office-bearers' post (president, vice president, secretary, joint secretary and treasurer), it won't mean much even if they are debarred.

"If TNCA, Haryana and Maharashtra move court and get a stay on AGM, the CoA stays on. Do we want that? Not me at least as I want to get the Board back from CoA on October 23 and take it from thereon," a former office bearer and Board veteran said.

"In any case, Srinivasan is playing an active role in decision making and is in touch with influential people who would have final say in these matters. So if the posts are pre-decided, CoA's strategy to not let TNCA, Haryana doesnt hold much ground," the official said.

This time at the AGM, may be just four to five people will be there who would have attended a big Board meeting, which was a regular feature till 2015.

"Only having first timers is also not a great thing. We need experience to guide as the Board is in a mess," said a first-time president of a state unit, who could get a major role in the Board's functioning.

Many in the Board believe that once CoA goes, everyone can come around together and decide further course of action.

There is a school of thought that India, having lost its position and power of bargaining in the International Cricket Council, should get it back and who better than Srinivasan to do that.

"There is no age-cap of representation in the ICC. Mr Srinivasan has been the reason why we had such clout in the ICC. There is no harm if he again represents India at the ICC. We can do that after getting the Board back and for that we should avoid another round of legal tussle," said a disqualified BCCI veteran. 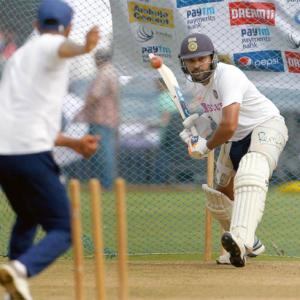 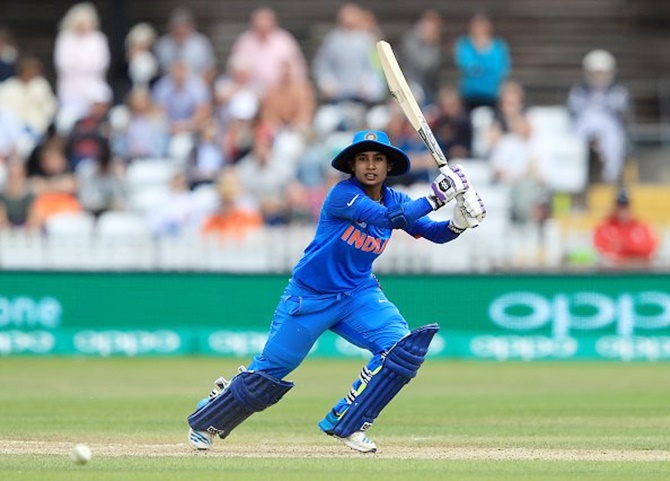 Another milestone for Mithali Raj...