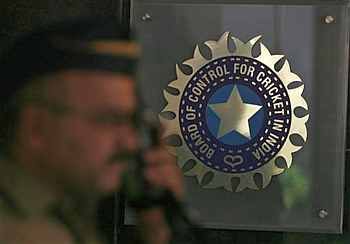 The Board of Control for Cricket in India's Anti-Corruption Unit chief Ajit Singh Shekhawat, on Tuesday, suggested a match-fixing law, besides legalisation of betting, to tackle corruption in Indian cricket.

Shekhawat, who was the Director General of Police in Rajasthan before taking charge of BCCI's Anti-corruption Unit in April 2018, gave his suggestions. This was after 12 cricketers, including national and international, reported corrupt approaches in the last one year, the Tamil Nadu Premier League came under scanner for suspect activity and a woman cricketer reported an approach from a bookie.

In the light of cases emerging from the leagues of Mumbai, Karnataka and Tamil Nadu this year, has match-fixing or spot fixing become unstoppable in the country?

"It is not unstoppable. We probably require a law against it, a match-fixing law. If there is a clear law against it, police will also have a clear cut role," Shekhawat said.

Last year, the Law Commission of India had expressed the need to make match-fixing a criminal offence, like it is in England and Australia.

Legalised betting is another way to deal with corruption in the game, said Shekhawat.

"May be there could be a thinking about legalising gambling so that all this illegal business which goes on can be controlled. Legal betting will be done under some parameters and it can be controlled.
"It will also bring a huge amount of revenue for the government, close to what the excise department generates. The amount of money which is bet on sports is mindboggling," said the retired IPS officer.

He said a move like this would also help keep a tab on the people involved as well as the money.

"Revenue is not the only consideration, there could be other issues which the government has in mind. I am not saying categorically that it should be legalised but it should be considered. It could be regulated when it is legalised, right now it is totally illegal.

"Once it is legalised you will also get the data on who is betting and how much is he betting. And while doing that, make illegal betting tougher. Right now you can get away with a fine of few hundreds or a few thousands," he said.

Men's cricket has been prone to corruption for long but now even the women's game is not immune to the menace. In February, an India women's cricketer reported a corrupt approach to the BCCI, prompting the ICC to conduct an inquiry. On Monday, an FIR was lodged against two individuals in the matter.

Since Shekhawat took charge, the BCCI ACU has witnessed some wholesale changes in its functioning. The department has more staff now, eight personnel to be precise, and it plans to recruit 5-6 more in the near future.

"This is the first time we have totally taken over the anti-corruption of the state run leagues. It is also the first time our officials are staying at the team hotels to keep a watch on the players."

"Like when an approach is made, it is incumbent upon the participant to report it. If he doesn't report it, it is an offence and he could be penalised. Due to anti-corruption classes, the players have started reporting approaches," Shekhawat added.