When we first saw him play, he had a wild mane and gobsmacked us with the sheer power of his batting.

A few years later, he had grown into a mature leader of men, leading his team to two World Cup triumphs and a Champions Trophy victory.

Next year, the callow young man will be 40. And while the bets are off if he will play for India again -- given that the World T20 championships orbits in a current universe of uncertainty -- we can certainly celebrate his 39th birthday wherever we are today with fun and fervour.

Of course, the current festivities will dim in the light of the the 'cakemash' his team-mates marked his 36th in the West Indies in 2017. The day dawned in Jamaica, a nation that is home to Michael Holding and Shelly-Ann Fraser-Pryce, Chris Gayle and Usain Bolt.

Down the way where the nights are gay
And the sun shines daily on the mountain top as the great Harry Belafonte described it in his memorable song Jamaica Farewell. Team India had just scored a 3-1 ODI series and what better way to mark the feat than douse arguably the nation's greatest ODI cricketer in bakery product. 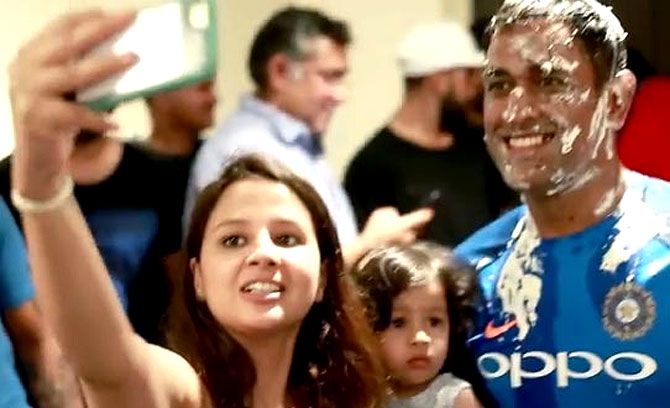 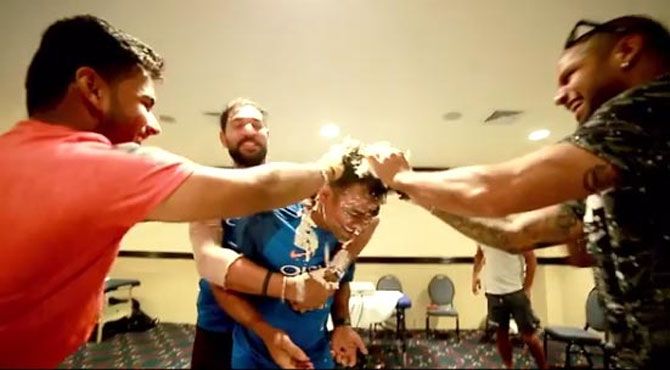 What is your wish for Mahendra Singh Dhoni this year? Please post your birthday greetings and wishes in the message board below