Why this young Aus spinner is confident ahead of India series 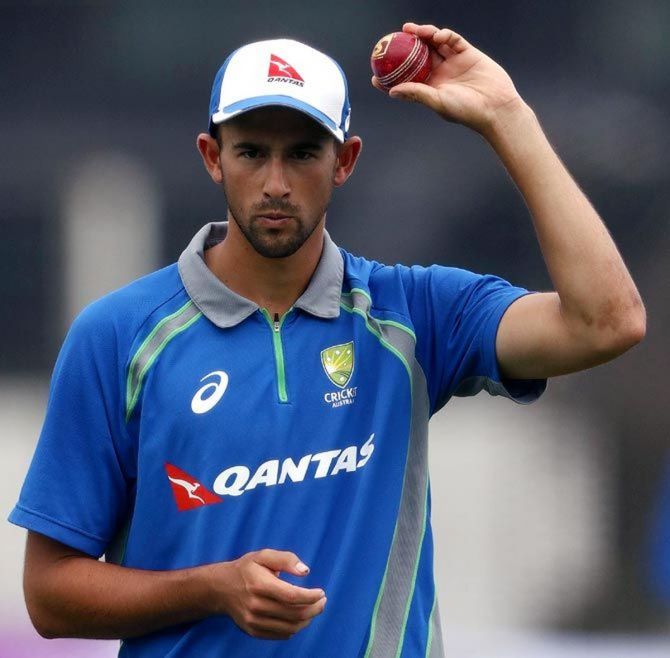 IMAGE: Ashton Agar has taken 30 wickets in 27 T20Is, while capturing 10 scalps in 13 ODIs so far in his career. Photograph: Robert Cianflone/Getty Images

Australia spin all-rounder Ashton Agar says the experience of outthinking batsmen on "really good wickets" during the recent Sheffield Shield games would help him when he competes against India in the upcoming series.

The 27-year-old Agar had featured in both the limited over formats for Australia last summer but missed his spot in the ODIs on their tour of England in September.

Now set to join his limited-overs teammates on Sunday after completing his engagements at the Sheffield Shield and undergoing a two-week quarantine in Perth, Agar is hoping his experience in the past few weeks will help him in the upcoming series.

"I bowled about 150 overs in three Shield games. I bowled on some wickets that were absolute highways," Agar, who took 10 wickets in three games for Western Australia in October-November, was quoted as saying by cricket.com.au.

"Trying to think batsmen out on really good wickets actually holds you in good stead going into an ODI and T20 series," he added.

Agar hasn't featured in any 50-over game since March in South Africa with lack of local competition due to the COVID-19 pandemic robbing him of any chance of pushing his case.

"Yeah, I haven't played white-ball cricket for a little while, but that's nothing that worries me too much," he said.

"The One-day side is a hard side to get into. Unless you're going to pick two spinners, Adam Zampa has a run of it at the start anyway.

"I've done everything I can in T20 cricket to push my case. I feel really confident in that format and feel like I showcased my skills."