Tillakaratne Dilshan, playing in his 250th One-Day International, made light of a back injury to lead Sri Lanka to a seven-wicket victory over New Zealand under the Duckworth-Lewis method in another rain-hit match on Tuesday.

Former captain Dilshan suffered a sore back during the warm-up but still made an unbeaten 102 from 95 balls as the home side chased down a revised target of 197 with 11 balls to spare after Ross Taylor's side scored 188 for six from 33 overs. 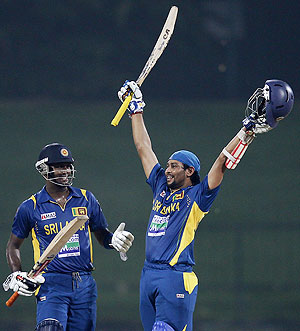 The home side appeared to be in difficulty at 73 for three in the 15th over when captain Mahela Jayawardene fell for five, miscuing a reverse sweep from the bowling of off-spinner Nathan McCullum to be caught by Jacob Oram at short third man.

But Dilshan stayed calm and together with Angelo Mathews, who made 54 from 47 balls, they added an unbroken 127 for the fourth wicket from 99 balls.

The victory gave Sri Lanka an unbeatable 2-0 lead in the five-match series. They won game two by 14 runs, also under Duckworth-Lewis on Sunday, after match one was washed out without a ball being bowled.

"I had a small back pain in fielding practice before the toss and was probably 50 per cent at the start but I didn't want to miss the match," Dilshan said at the presentation ceremony.

"When I was batting I was 75 per cent but when the ball hits the middle of the bat the pain was gone," he said.

Taylor said he felt his side had posted a challenging score.

"Credit to Dilshan as he batted well and took the game away from us," he said.

"I always felt we were in the game. A little bit of dew made it tough (for us) but the partnership of Mathews and Dilshan won them the game."

New Zealand's total owed most to opener Bradley-John Watling who batted through the innings for an unbeaten 96.

The limited-overs series will be followed by two test matches, in Galle and Colombo.

© Copyright 2021 Reuters Limited. All rights reserved. Republication or redistribution of Reuters content, including by framing or similar means, is expressly prohibited without the prior written consent of Reuters. Reuters shall not be liable for any errors or delays in the content, or for any actions taken in reliance thereon.
Related News: Tillakaratne Dilshan, Ross Taylor, Angelo Mathews, Duckworth-Lewis, Jacob Oram
SHARE THIS STORYCOMMENT
Print this article
Stats: Dilshan posted his first duck against South Africa
Mathews to captain Sri Lanka T20 side 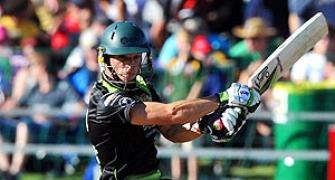 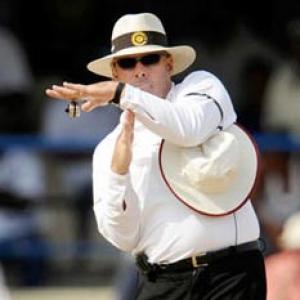