These numbers don't lie! Dhoni excellent at No 4

India continued their dominance over Sri Lanka, to register a massive 93-run win in Cuttack on Wednesday night. Check out the statistical highlights of the Cuttack T20I. 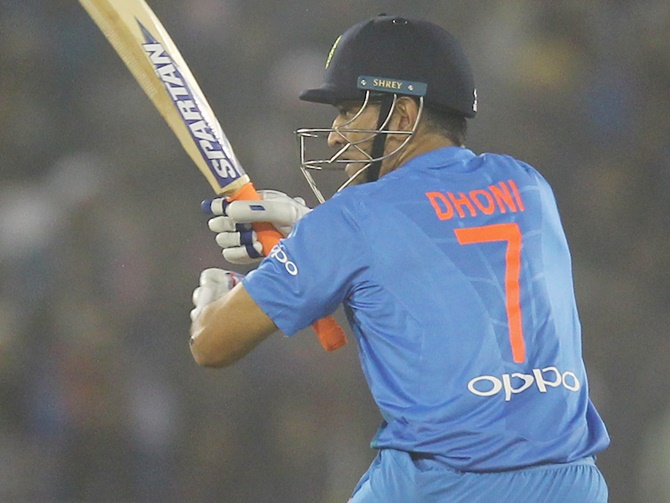 # Mahendra Singh Dhoni's batting record as number four player has been excellent - his aggregate being 244 in eleven innings (seven times not out), including a half century – 56 vs England at Bengaluru on February 1, 2017. His strike rate of 134.01 is quite impressive at this batting position.

# For the third time in a T20I, Dhoni has effected four dismissals - the first two instances were against Afghanistan and Pakistan.

# Dhoni is the first wicketkeeper to effect four dismissals in T20Is involving India and Sri Lanka. 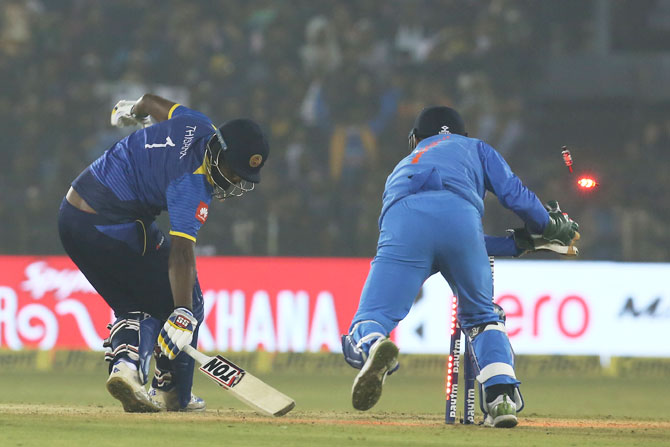 # Chahal became the third Indian bowler after Ravichandran Ashwin and Ashok Dinda to take four wickets vs Sri Lanka in a T20I.

# Chahal has received his second Man of the Match award in T20Is - his first being for producing a career-best bowling performance.

# Ten times in his international career, Rohit Sharma has been dismissed by Angelo Matthews - the most occasions a bowler has claimed his wicket.

# Lokesh Rahul has recorded his third innings of fifty- plus in T20Is - his first against Sri Lanka.

# India's previous largest victory vs Sri Lanka in terms of runs was by 69 runs at Ranchi on February 12, 2016.

# Sri Lanka have recorded their biggest defeat in terms of runs in T20Is, eclipsing the 85-run defeat to Australia at Pallekele on September 6, 2016.

# Since registering a win by 6 wickets vs Bangladesh at Colombo (RPS) on April 4, 2017, Sri Lanka have lost six consecutive T20Is. They have lost five successive matches vs India since February 2017. 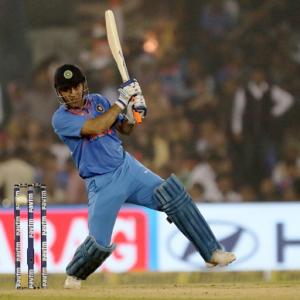 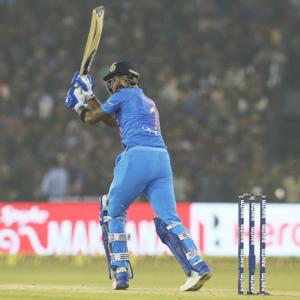