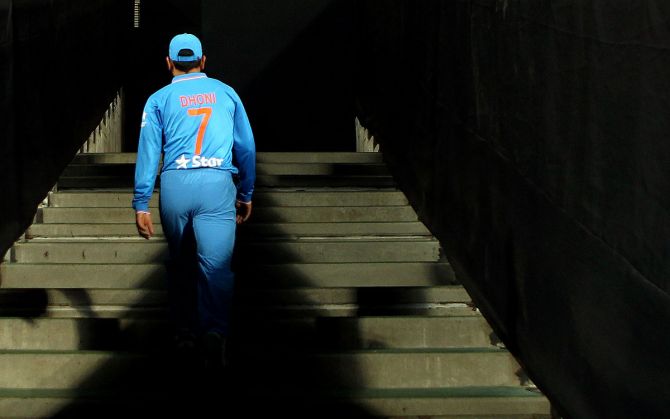 What do they know of Dhoni who only Dhoni knows.

There seems nothing wrong in customising the most epic CLR James line from his seminal work 'Beyond a Boundary'. It fits Mahendra Singh Dhoni perfectly.

He could force one to throw the MCC cricket manual in the trash bin with his daredevilry in unorthodox strokeplay.

He could be a role model for all shy and reticent people on how to become an assertive leader. Two world titles meant he didn't do too badly.

And then one fine afternoon, he could stun the world by relinquishing Test captaincy with 10 short of landmark 100 games, a record Indians are so fond of.

And after another five years and seven months, he literally punches one in the gut on a balmy August 15 evening to say, "from 1929 hrs, consider me retired". Just like that!

Just like that Lieutenant Colonel Dhoni says over and out, adding to the sense of loss and chaos that 2020 has come to symbolise. 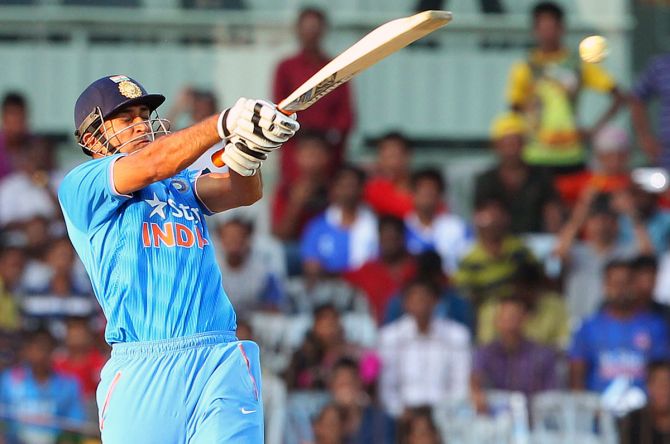 A legend in art of chasing, who became a megastar in finite cricket bringing in Sachin Tendulkar's poise and Virat Kohli's aggression in optimum proportions, one can never pinpoint what Dhoni actually was.

There's a compartment that possibly remains shut. It's for none to see, it's where he probably computes, processes his raw thoughts and emotions while taking a decision.

Retirement may be one such decision, it was his own but he needed to come to terms that the change room is no longer the place where he belongs and it took more than a year since that heart-breaking run out in the World Cup semi-final against New Zealand, which India lost. 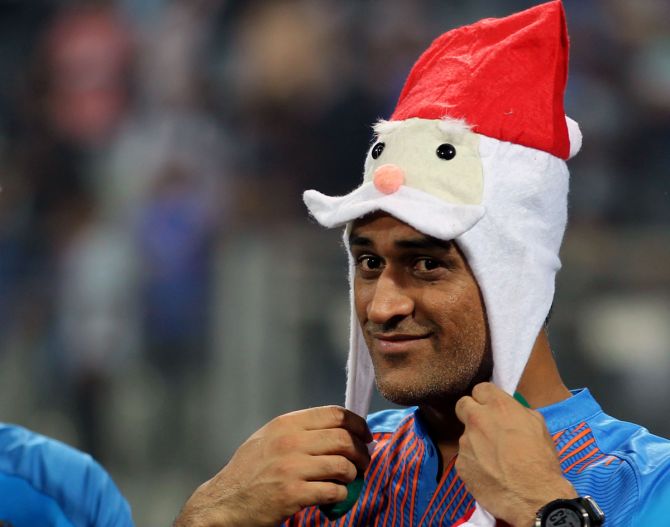 Dhoni, despite being a cricket star like no other, was never entirely a cricket story. He was, still is and will always remain a social story.

A reflection of times when India's hinterland started shedding its fears and its inferiority complex while knocking on the doors of an aspirational India.

He wasn't a social reformer by any stretch of imagination but most certainly, hinterland's biggest icon after economic liberalisation.

Remember his 70 odd at Lord's in the first Test of a 2007 series. He showed doggedness and guts with limited technique on his first England tour.

With Shanthakumaran Sreesanth at the other end, rain came to India's rescue. But then fortune favours the brave.

Just like the World T20 final in Johannesburg in 2007, where lack of bowling options turned into a great punt as Haryana Police's Joginder Sharma earned his wikipedia page with an over no one can forget. Dhoni came from the industrial town of Ranchi where a rank in IIT JEE or AIEEE or UPSC, more often than not, defined a young mind.

But this man, who arrived with a flowing mane, insanely powerful wrists and a smile that was endearing but gave away nothing, redefined the dynamics.

He didn't display in-your-face aggression but those who have dealt with him knew he would stick to his conviction -- right or wrong, the jury is still out.

He shared a love-hate relationship with the media. He became inaccessible save for routine press conferences where he could rephrase his answer thousand times but still not give away anything, Dhoni became the least understood.

The conjectures, at times, were unfair and perhaps bordering on demeaning. It made him more defiant with a bit of irreverence for the fourth estate.

Loyalty though was his forte. He has unflinching loyalty towards controversial former BCCI president Narayanswami Srinivasan, who gave him a free hand in decisions related to cricket.

Over the years, it became more of a father-son relationship that withstood the storms and the tests of time. 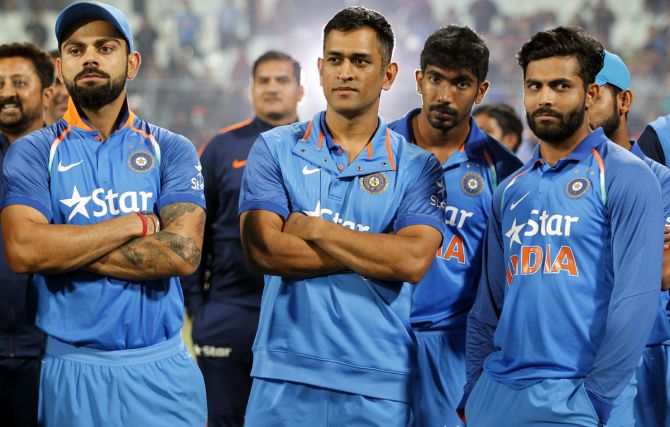 The pre-departure press conference at Mumbai before the 2013 Champions Trophy was a stormy one.

He was hounded with questions on Gurunath Meiyappan, Srinivasam's son-in-law and a top official in Dhoni's IPL franchise Chennai Super Kings, which was tainted by the spot-fixing scandal.

He smiled stoically. And then the leap after winning the final at Edgbaston was more of relief than joy.

But the spot-fixing scandal and how his name was dragged in the mud made him believe the outside world even lesser.

He did have his loyal backers in Kohli and Rohit, who came to his defence at even the slightest hint of a criticism.

As his reflexes became sharper behind the stumps, he became more and more circumspect in front of them.

But the brilliant mind was required as he was the ice to Kohli's fire.

But father time is cruel. So as he bids adieu to the game he gave so much, one can't help but relate to his favourite Bollywood song 'Main pal do pal ka shayaar hoon... Pal do pal meri kahaani hain' from the 1976-Amitabh Bachchan starrer Kabhie Kabhie, which he incidentally also used in his retirement post on Instagram.

Dhoni was, however, much more than just fleeting moments.