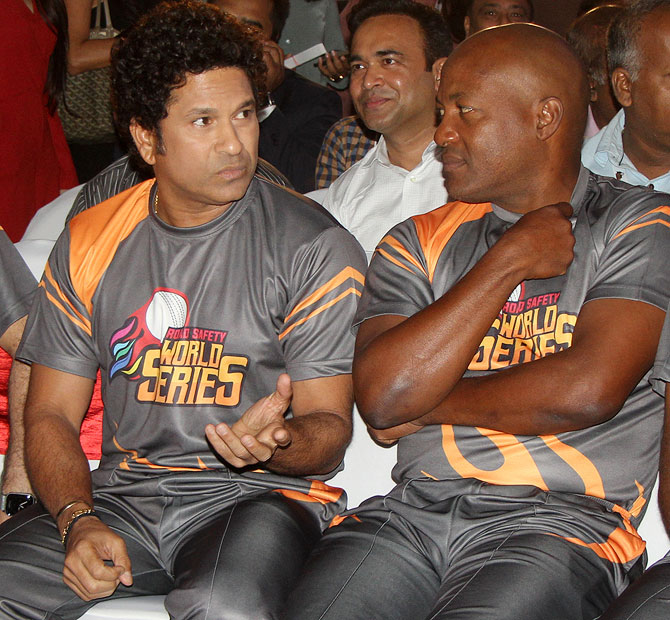 Two of the biggest names in world cricket -- legendary Sachin Tendulkar and West Indian Brian Lara -- will once again be up against each other for a noble cause.

The two champion players will clash against each other in the opening game of the 'Unacademy Road Safety World Series', a T20 tournament, when India Legends will take on West Indies Legends at Wankhede Stadium, in Mumbai, on March 7.

As per the series schedule released on Thursday, a total of 11 matches will be played in the tournament.

According to the organisers, the series aims to create awareness about road safety.

Former India captain Sunil Gavaskar is the commissioner of the series and the games will commence at 7 pm.