News
Business
Movies
Sports
Cricket
Get Ahead
Money Tips
Shopping
Sign in  |  Create a Rediffmail account
Rediff.com  » Cricket » 'Tendulkar is a true inspiration for every Indian'

'Tendulkar is a true inspiration for every Indian'

Cricket traditionally is a man’s game, whether playing it, watching it in the stadium or on television. Over the years it’s been enjoyed primarily by men across the world.

With Tendulkar taking his baby steps in the world of cricket the scenario changed altogether from him being a child prodigy to the king of cricket. 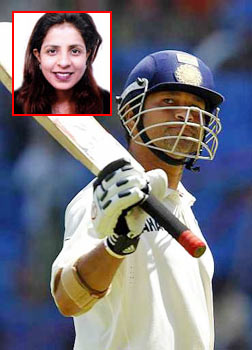 He single-handedly was responsible in getting people like me (women) interested in the game. As he grew in stature, more and more women started watching the game.

Today, 25 years later, it’s a game enjoyed by the family. There is no conflict for the remote anymore; the entire family sits and watches the game.

To me, Sachin is truly responsible for changing the economics of cricket. Women-centric brands are seen during cricket matches, be it at the stadium or on TV; his legendary status had a global effect on the game’s economics.

It was this popularity of the game that made me get into starting a portal for cricket in India. He broke the gender divide and today cricket is family entertainment.

I have been watching Sachin play since he was a child. He is a true inspiration for every Indian; easily, one of the best sportsmen in the world.

We have honoured him a lot on our website. He is a national hero by all standards. I make it a point to watch all his matches. Sometimes it is not possible, but I have watched most of them.

I will be there in the stadium in Mumbai (Tendulkar’s 200th Test) and will watch the Kolkata match (his 199th) on television.

I would love to watch him for a few more years, but he did what was best for him.

Ritika Hiranandani runs a cricket portal, so, obviously, she is very interested in cricket. 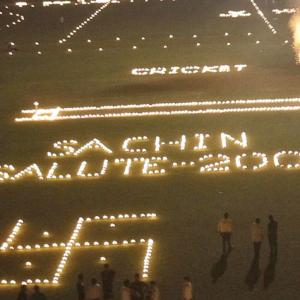 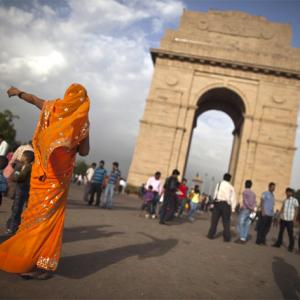 'Everyone feels at home in Delhi. It is home to everyone'