Barring Sri Lanka's Kumar Sangakkara, all players have declared their allegiances to IPL franchises over their respective countries' domestic sides ahead of the upcoming Champions League Twenty20.

Eleven out of 12 international cricketers have chosen to play for IPL franchises instead of their domestic sides competing in the US $6 million event, starting September 21.

While Sangakkara will turn out for Sri Lanka's Kandurata Maroons instead of his IPL team Sunrisers Hyderabad, players like Mike Hussey, Dwayne Bravo and Shane Watson will play for Indian clubs.

Batting icon Sachin Tendulkar, who had said the sixth edition of the IPL would be his last, and and Rahul Dravid have been included in the Mumbai Indians and Rajasthan Royals squads respectively. 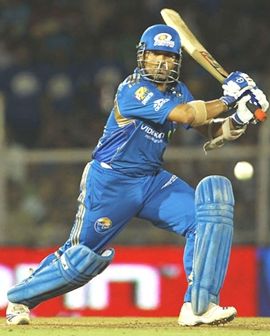 IPL-6 winners Mumbai Indians and Rajasthan Royals kick-off CLT20 2013 with a Group A match in Jaipur on September 21.

The tournament will witness the world's 12 best domestic teams fighting it out over 29 matches for the coveted prize.

CLT20 2013 will follow a format similar to the two previous editions, with a group stage preceded by a qualifier.

The teams will play each other once, with the top two advancing to the group stage.

The winners of the semi-finals will play in the final on October 6.

Explaining the process for deciding which teams these 12 players would represent, CLT20 Governing Council member and Director of Legal and Business Affairs, Dean Kino, said: "Players who were named by more than one team were asked to select which team they were going to play for. Teams were then allowed to replace any player that withdrew from their squad and elected to play for another side."

CLT20 regulations state that when a player elects to play for their 'away' team, that team must pay the 'home' team $150,000 compensation per player. A 'home' team is classified as a team from the country a player is eligible to represent in international cricket.