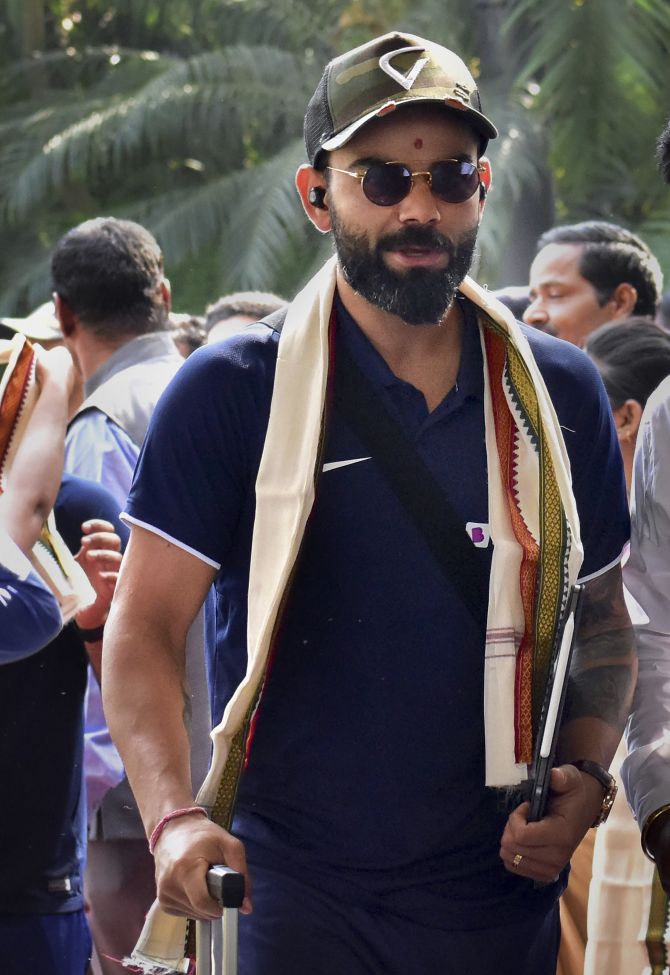 IMAGE: India captain Virat Kohli arrives at a city hotel in Bhubaneswar on Thursday, ahead of the 3rd and final ODI to be played against the Windies on Sunday. Photograph: PTI

The Indian and the West Indian cricket teams arrived in Bhubaneswar on Thursday for the series-deciding third One-day international, to be played at the Barabati Stadium in Cuttack on Sunday.

The players along with the management staff were taken to a fortified hotel in the state capital amidst tight security by platoons of armed police force.

The match has generated a lot of enthusiasm among cricket lovers here as the men in blue are coming at the back of a 107-run victory in the second ODI at Visakhapatnam.

The state police have made elaborate security arrangements in the twin cities of Bhubaneswar and Cuttack for the event. While players of both the teams will stay in Bhubaneswar, they will travel to Cuttack for both practice and match on Friday, Saturday and Sunday.

While the West Indies team is scheduled to go for nets on Friday morning, the Indian players will leave the hotel for practice at around 1 pm.

Apart from opening a police camp in front of the hotel where the players are being lodged, the police had undertaken a mock drill of the carcade on Wednesday before the arrival of teams.

Police said at least 63 platoons (one platoon comprise 30 personnel) of the police force and a Rapid Action Force contingent comprising 300 officers have been deployed to maintain law and order situation. 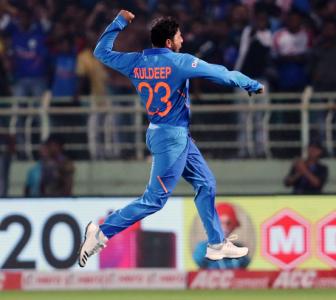