Team India leaves for New Zealand on a month-long tour

The Indian squad led by Mahendra Singh Dhoni departed for New Zealand from Mumbai on Sunday for a five-match ODI series followed by a best-of-two Test rubber against the hosts. 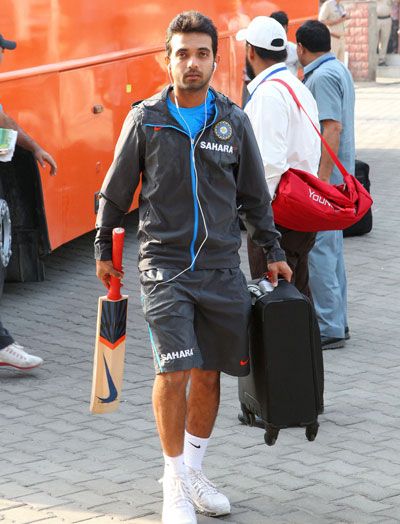 The Test series would be held after that with the opener scheduled from February 6-10 (Auckland) followed by the second and final match at Wellington (February 14-18).

The tourists would play a two-day warm-up game on February 2 and 3 at Whangarei ahead of the Tests.

Test specialists Cheteshwar Pujara, Zaheer Khan, Murali Vijay and Umesh Yadav did not leave with the others on Sunday and are slated to leave a week later.

This is India's ninth visit to New Zealand for a bilateral contest and their first since 2008-09 that they won 1-0.