Finch reveals road ahead for Aus after huge loss to NZ IMAGE: Australia were blown away by New Zealand after being bowled out for 111 in their tall chase of 201. Photograph: Mark Kolbe/Getty Images

Captain Aaron Finch admitted Australia's fate at the Twenty20 World Cup had probably been taken out of their owns hands by Saturday's heavy loss to New Zealand in the Super 12 opener, but remained convinced his team could retain the trophy.

The 89-run victory at Sydney Cricket Ground hammered Australia's net run rate, which will be used to separate teams tied on points in the standings, and left the hosts almost certainly needing four Group 2 wins to reach the semi-finals.

"It hurts our chances, no doubt," Finch told reporters. "We can't dwell on that. We can't change it. All we can do is concentrate on the next game and prepare really well for that against Sri Lanka and see how we go."

"We've taken the fate out of our own hands, I think to a point. We need to be ultra positive, ultra aggressive, and I'm sure that we'll all do that."

Finch paid credit to New Zealand's early onslaught with the bat and bemoaned his own side's inability to put together partnerships in the middle order but still felt they had the right personnel in the squad.

"Obviously it's taken a big hit today with the net run rate. When that happens, you need to play well. We need to get better quickly."

"Whether you go with an extra spinner or an extra quick or something like that, that's the only real decision to be made. We're still confident in the 15 we've got, no doubt."

Australia face the Sri Lankans in Perth on Tuesday with Super 12 matches to follow against in-form England, Ireland and Afghanistan. 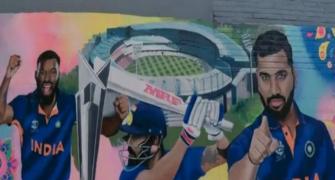 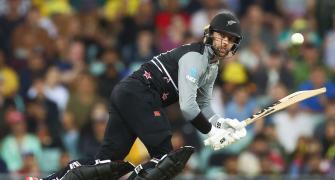