IMAGE: Captain Virat Kohli and team mentor Mahendra Singh Dhoni have a lot of thinking to do ahead of India's do-or-die match against New Zealand on Sunday, October 31, 2021. Photograph: Kind courtesy BCCI/Instagram

Even though they lost to Pakistan in their opening match of the T20 World Cup, the Indian team must have been surely cheering for the Pakistanis when they took on New Zealand in their second match at the T20 World Cup on Tuesday.

A victory for New Zealand would have made India's task harder, but Pakistan, by winning the match by five wickets, have done their arch-rivals a big favour.

With Pakistan winning both their big games against India and New Zealand, they are the outright favourites to advance to the semis from Group 2 with relatively easier opponents to come in the remaining three games.

With one spot to play for India, who suffered a 10-wicket thrashing at Pakistan's hands, face a virtual do-or-die match against New Zealand on Sunday, October 31, 2021.

Whoever wins that match will be expected to beat Afghanistan, Namibia and Scotland in their remaining group matches, hence the India-New Zealand game could turn out to be a virtual quarter-final.

If New Zealand had beaten Pakistan, they would have been in running for a place in the semis even if they had lost to India.

The major worry for India is the margin of defeat against Pakistan as they suffered a 10-wicket defeat with 13 balls to spare.

Currently, India's net run rate (NRR) is a lowly -0.973 following the loss to Pakistan and unless they win all their four games, they face an impossible task as far as their semi-finals chances are concerned.

A defeat to New Zealand will further dent India's NRR and they will need to rely on other results to advance.

Afghanistan, who have proved to be a difficult team in the spin-friendly conditions in the UAE, look capable of being the giant-killers and both India and New Zealand will be wary of their match-winning spinners in their ranks in Rashid Khan and Mujeeb Ur Rahman, who have excelled in T20 leagues across the world.

Scotland and Namibia are the two teams which both New Zealand and India will look to win with big margins.

Likely scenarios of how India can progress to semis: (If Pakistan win all their games)

Scenario 1: India beat New Zealand and win their remaining games against Afghanistan (November 3), Scotland (November 5) and Namibia (November 8). They will progress to the semi-finals along with the other team from Group 2.

Scenario 2: India lose to New Zealand and win their remaining three games. In this case, India will rely on other results including New Zealand losing to either Afghanistan, Scotland or Namibia.

This will leave both India and New Zealand on the same number of points and the NRR will come into play.

Scenario 3: India beat New Zealand but lose to either Afghanistan, Scotland or Namibia. If New Zealand win their remaining three games, then the NRR will come into play to decide the second team from Group 2. 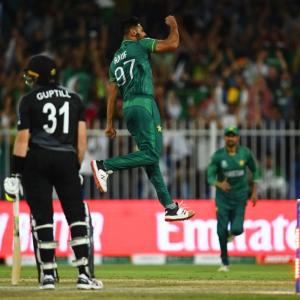 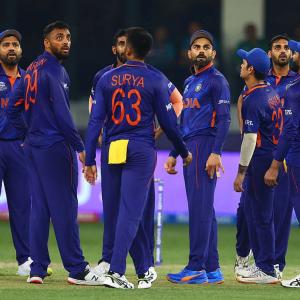