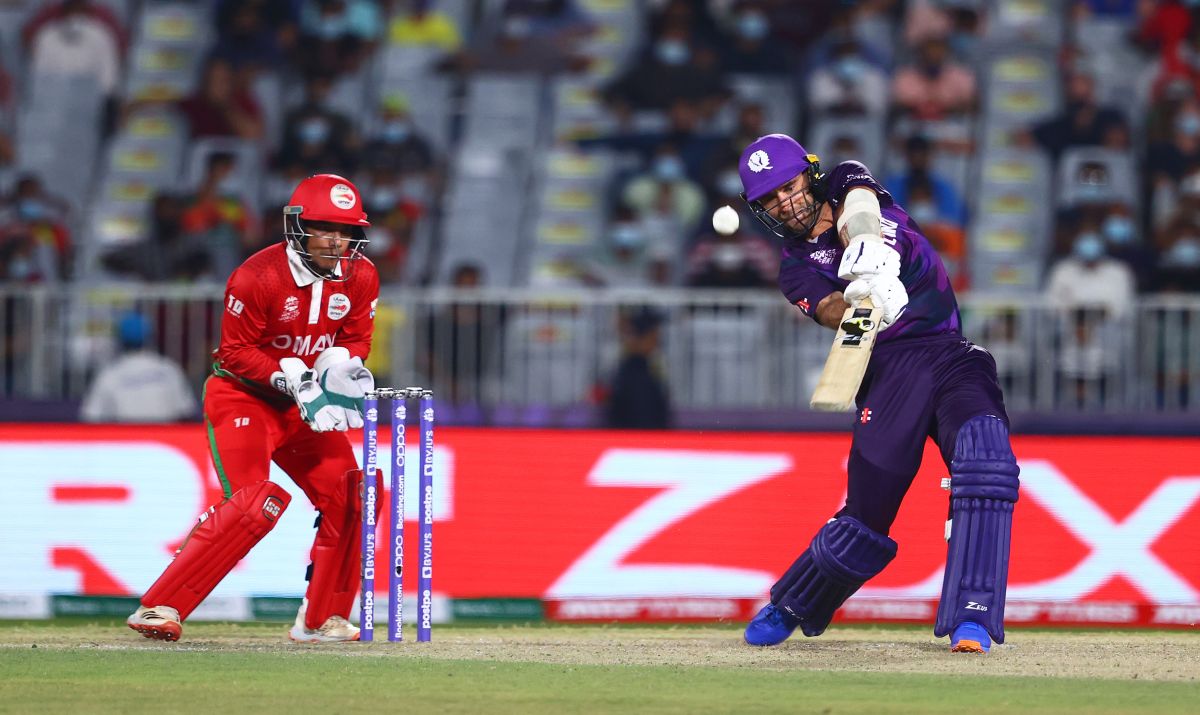 Kyle Coetzer played a knock of 41 runs as Scotland defeated Oman by eight wickets in Group B of the ICC Men's T20 World Cup here at the Al Amerat Cricket Ground (Ministry Turf 1) on Thursday.

With this win, Scotland and Bangladesh have progressed from Group B to the Super 12 stages. As a result of finishing at the top of Group B, Scotland will join India's group featuring Pakistan, New Zealand and Afghanistan. On the other hand, Bangladesh will join Australia, South Africa, West Indies and England.

Chasing 123, Scotland got off a steady start as openers George Munsey and Kyle Coetzer put on 33 runs for the first wicket. Oman got the much-needed breakthrough in the fifth over as Fayyaz Butt dismissed Munsey (20).

Matthew Cross then joined Coetzer in the middle and the duo did not let the momentum drop for Scotland. Both batters formed a 42-run stand, but with 48 away from the target, Scotland ended up losing the wicket of Coetzer (41) in the 10th over. In the end, Matthew Cross (26*) and Richie Berrington (31*) ensured that Scotland register a comfortable victory with 18 balls to spare.

Earlier, a spirited bowling performance helped Scotland bundle Oman out for 122. Opting to bat first, Oman got off to a bad start as the side lost its first two wickets with just 13 runs on the board. Jatinder Singh (0) and Kashyap Prajapati (3) both failed to leave a mark with the bat. Aqib Ilyas and Mohammad Nadeem then formed a 38-run stand for the third wicket, but this was cut short by Michael Leask as he sent Ilyas (37) back to the pavilion, reducing Oman to 51/3 in the 10th over.

Mohammad Nadeem (25) then departed in the 13th over as his wicket was taken by Mark Watt and Oman was reduced to 79/4 and the hosts were in dire need of a partnership. However, that did not prove the case as Sandeep Goud (5) also failed to leave a mark with the bat, leaving Oman at 93/5 in the 15th over. Oman kept on losing wickets at regular intervals and in the end, the hosts had to settle for a score of just over the 120-run mark. 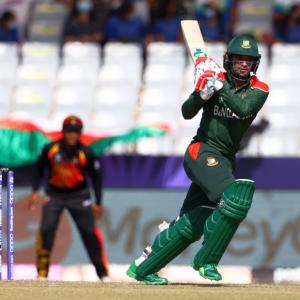