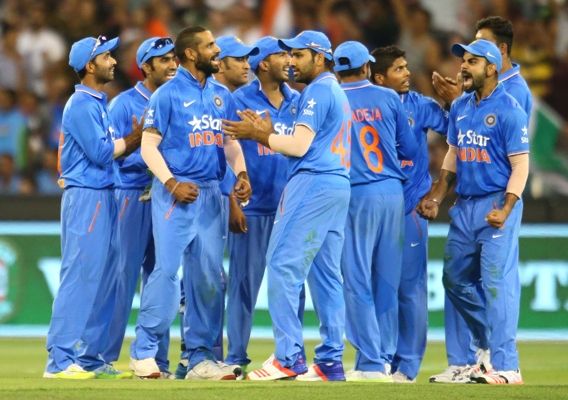 The One-day series defeat against  Australia notwithstanding, India can seek motivation from the fact that they can claim the top spot in the ICC Twenty20 International rankings if they make a clean sweep in the three-match series that begins on January 26.

If India win 2-1, Australia will slip to sixth and India to seventh.

India are currently ranked eighth while Australia are at second spot behind the West Indies (118). Sri Lanka are on third with 118 points.

On the other hand, Australia just need a series win to claim the top spot. In case of a 2-1 win, Australia will move to 120 points, while a 3-0 win will put Australia on 124 points and India on 103

points. India will remain at eighth in any losing scenario as number ninth Afghanistan have 80 points in the latest rankings issued today.

Meanwhile, New Zealand have leapfrogged South Africa and Pakistan into fifth position. The 2-1 series win over Pakistan has given New Zealand two points, while Pakistan have dropped one point.

In contrast, Bangladesh have dropped behind Scotland to 11th position after the 2-2 drawn series against Zimbabwe. Zimbabwe retained their 14th position by collecting four points.

With only eight points separating number one ranked West Indies from eighth-ranked India, the ICC World Twenty20 in March-April in India is shaping up to be an open event with any of the top-ranked sides capable of lifting the trophy.

In the ICC T20I Player Rankings for batsmen, Virat Kohli remained the only Indian in the top-10 at the second place on 845 points, behind Aaron Finch (854) of Australia.

Ravichandran Ashwin also retained his second spot among the bowlers on 681 points, behind Samuel Badree (751 points) of the West Indies.