News
Business
Movies
Sports
Cricket
Get Ahead
Money Tips
Shopping
Sign in  |  Create a Rediffmail account
Rediff.com  » Cricket » SC to BCCI: Fall in line with Lodha report and save trouble!

'Decks must be cleared for complete reform.'

BCCI granted four weeks to respond on the implementation of the recommendations. The Supreme Court has urged the Board of Control for Cricket in India to follow the recommendations of the Justice R M Lodha Committee and "save trouble".

On Thursday, the apex court said the panel's recommendations are "straight, rational and understandable" and "deserve respect" and "there is no reason to disagree with the committee" which has the most "illuminated and respected members of the legal community".

While the BCCI was granted four weeks to respond on the implementation of the recommendations of the Lodha panel, the court made it clear that since ample opportunity was given to all stakeholders over a long period and their views taken into consideration before preparing the final report, there should not be any difficulty in accepting the recommendations.

The remarks by a bench, headed by Chief Justice T S Thakur, came on Thursday after senior advocate Shekhar Naphade, representing the BCCI, said there was a need to consult the 30-odd members of the Board on the recommendations and in view of its legal committee's meeting on February 7, four weeks be allowed to respond.

The bench said: "They all have been heard and have given their views to the committee. Ask your client to take a strict view of the recommendations. You can't jump the gun. You must see the recommendations. These recommendations deserve respect. They have come from the most illuminated and respected members of the legal community. They had invited people and have done extensive deliberations with all stakeholders. The recommendations are straightforward, understandable and rational.

"The best thing is to fall in line and follow the suggestions to save the trouble," the bench, also comprising Justice F M I Kalifulla, said.

"Ultimately any transition and change has to come with whatever problems it has," the bench said while accepting the Committee's report which also exonerated former Chief Operating Officer of IPL Sunder Raman of all charges.

The BCCI had submitted that it should not be seen as "obstructionist" and it would come back with "concrete suggestions" after the meeting of the legal committee.

However, the bench said "decks must be cleared for complete reform".

When Naphade said several technical problems would arise by implementing the recommendations of the committee since the BCCI is registered under the Tamil Nadu Societies Registration Act, the bench said it will provide the solution for following the suggestions.

"We don't want or intend or dictate a lengthy order. We want and we would end by directing that committee to steer the BCCI in implementation of the recommendations," the bench said.

Realising the tough stand taken by the bench, Naphade said, "I can see the writing on the wall."

The bench said there is not much complication in the recommendations and if BCCI finds any anomaly it can be looked into.

"There is no reason to disagree with the committee," the bench said, while making it clear that some people are going to be affected by the implementation of the Justice Lodha Committee's recommendations.

The bench, which was hearing the plea filed by Aditya Verma, secretary of the Cricket Association of Bihar, on whose petition Narayanswami Srinivasan was asked by the apex court to step down as BCCI president for conflict of interest, posted the matter for further hearing on March 3.

Senior advocate Indu Malhotra, appearing for Cricket Association of Bihar, read out a portion of the Lodha panel report saying that it was not only an articulate and logical analysis of the BCCI’s affairs but also presented very effective and logical solutions to weed out the rot in the cash-rich body.

The bench agreed with several recommendations, including that no state should be allowed to have two cricket boards as was prevalent in Maharashtra, Gujarat and a few others.

However, Naphade said there was a history behind having more than one cricket board in some states and resolving those issues based on the Lodha panel report may give rise to political problems.

Malhotra said BCCI was not in line with the recommendation on the issue of appointment of an ombudsman.

The bench also agreed with the report that there was no need of representation of vice-presidents from all the five zones and there should be one state, one vote, three-year cooling off period after every tenure, restricted tenures for office-bearers, no more proxy voting and pruning of number of vice-presidents from five to one.

Further, it was in agreement with the committee that a person should not be allowed to consecutively hold office and the maximum period should not exceed more than nine years.

The apex court-appointed Lodha Committee on January 4 recommended sweeping reforms and an administrative shake-up for the troubled BCCI by suggesting that ministers be barred from occupying positions, a cap put on the age and tenure of the office-bearers and legalisation of betting.

In a series of drastic recommendations, the three-member panel, also compring formers apex court judges -- Ashok Bhan and R V Raveendran also suggested that one unit should represent only one state, while taking away the voting rights of institutional and city-based units.

It suggested restructuring of the BCCI's administrative set-up, proposing the position of a CEO to run daily affairs of the Board accountable to a nine-member apex council.

Among the most sensational suggestions by the Lodha panel was the one on legalising betting. It felt that the move would help curb corruption in the game and recommended that except players and officials, people should be allowed to place bets on registered websites.

Among other steps, panel said that to ensure transparency in the BCCI's functioning, it was important to bring the body under the purview of the RTI Act, something that the Board has vehemently opposed in the past citing its autonomy.

Another important decision taken by the committee was to clear former IPL COO Sundar Raman, who was alleged to have contacts with bookies. The panel said there was not enough evidence to indict Raman. 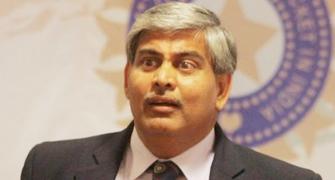 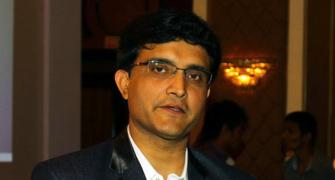 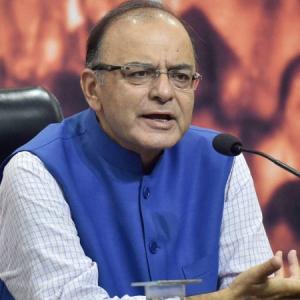 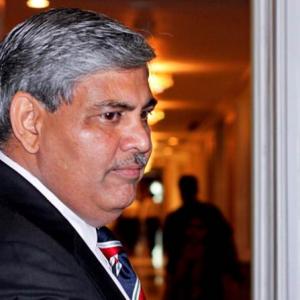