Since Virat Kohli's ODI debut, India have successfully chased a total of 300-plus eight times, with Kohli scoring hundreds in six matches.

This and many more interesting facts are recorded in the statistical highlights from the first of the 3-match ODI series played between India and England at Pune Sunday. 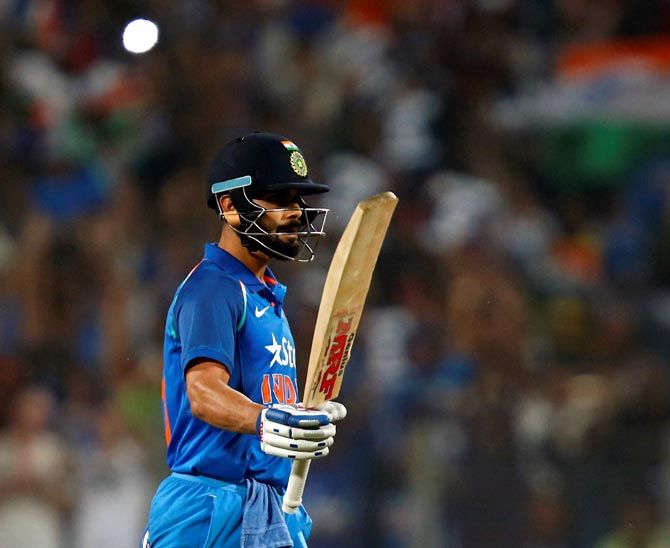 IMAGE: Virat Kohli celebrates his century during the first ODI in Pune. It was Kohli's fifth ton as captain. Photograph: Danish Siddiqui/Reuters

# India's 356 for seven is the highest successful chase by any team against England in ODIs.

# India's above score is the fourth highest successful chase in the history of ODIs – the highest being 438 for 9 by South Africa vs Australia at Johannesburg on March 12, 2006.

# Since Virat Kohli's debut in ODIs, India have successfully chased a total of 300-plus eight times, with Kohli scoring hundreds in six matches.

# Kohli's fifth century as captain is his 27th in ODIs.

# Kohli's third century vs England is his 12th in ODIs at home.

# Kohli's tally of 20 centuries at number three is exceeded only by Ricky Ponting (29) in ODIs.

# Kohli is first batsman to hit 15 centuries in successful chases in 60 innings, surpassing the 14 in 124 innings by Sachin Tendulkar.

# Kohli with 17 centuries in chases has equalled Sachin Tendulkar's tally of 17 in ODIs.

# Jadhav's 65-ball century is the sixth quickest for India in ODIs -- the second fastest by an Indian batsman vs England next only to the 64-ball century by Yuvraj Singh at Rajkot on November 14, 2008.

# Kohli and Jadhav were involved in a stand of 200 runs -- India's second highest for the fifth wicket next only to the 223 between Mohammad Azharuddin and Ajay Jadeja vs Sri Lanka at Colombo (RPS) on August 17, 1997. 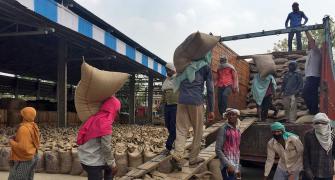 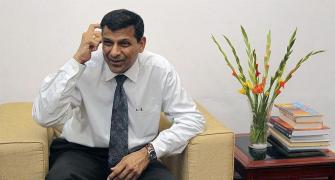