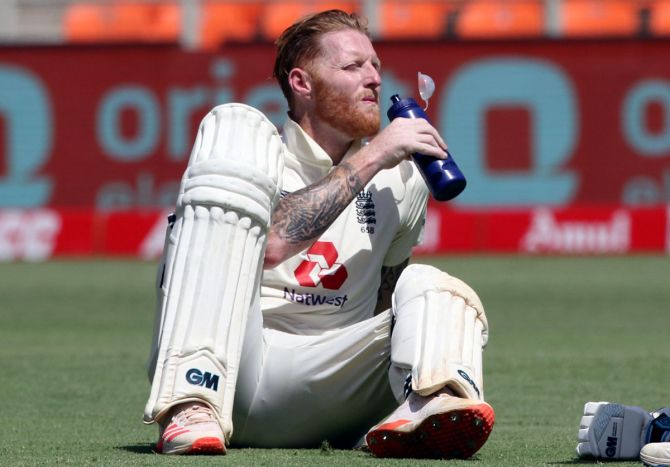 All-rounder Ben Stokes said he has no ambition to be a captain and backed Joe Root to remain in the England role despite calls for the Yorkshireman to stand down as a result of their disastrous Ashes tour of Australia.

Root has come under pressure since England lost the third test in Melbourne last week as Australia took an unassailable 3-0 lead in the series.

While media speculation has put Stokes in the running to replace Root, the 30-year-old said he is fully behind the current skipper.

"I've never really had an ambition to be a captain,” the Telegraph quoted Stokes as saying.

"Captaincy is more than about setting fields, picking the team, making decisions out there in the middle. A captain is someone you want to go out and play for. Joe Root is someone I always want to play for."

England great Geoffrey Boycott was among those to call on Root to step down, while coach Chris Silverwood has also been heavily criticised. However, Stokes said the team paid no attention to the media 'hype' about their futures.

"The most important people's opinions are those guys in the dressing room and they've got our thorough support," he said.

"Chris Silverwood exactly the same. He's a real players' coach. He stands up for you as individuals and players."

"All the hype in the media recently about their futures, it's your job to write that. But they know full well they have the support of everyone in there."

England face Australia in the fourth Test in Sydney from Wednesday, with the final match in Hobart from Jan. 14.